Makweti is featured in some of the finest magazines around the world.

Here is a taste of some of them. 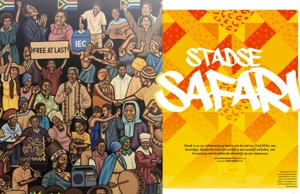 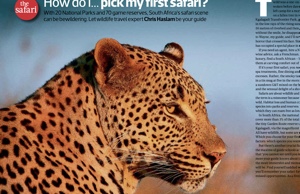 See the article “How do I pick my first safari?” in the TotalGuide for December 2019, which features Makweti. 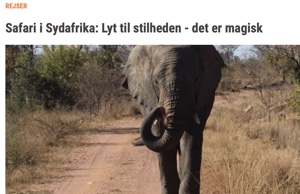 See Feature entitled: “Makweti is a place you don’t want to leave – and that is a fact!” in a leading Danish publication of 9 November 2019. 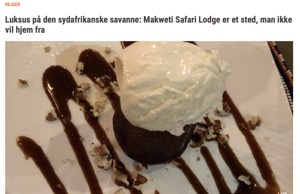 See Feature entitled: “Luxury on the South African Savannah” on Makweti, in a leading Danish publication of 9 November 2019. 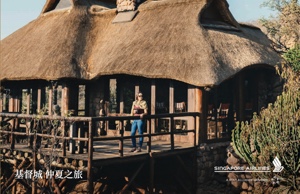 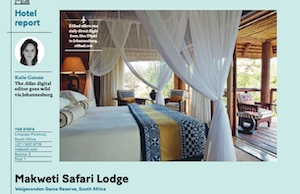 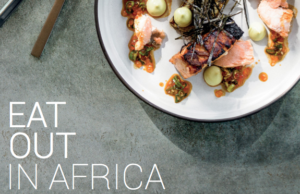 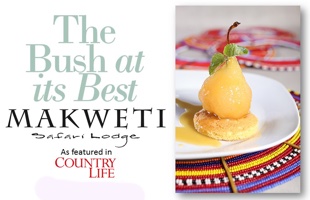