December 9, 2016 By admin Experience Comments Off

During the past few weeks, Makweti has been filled with the sounds of what South African poet Douglas Livingstone called “the rainbird’s liquid note” emanating from the trees.

The happy news that the winter drought has been broken was shared by the lovely call of the Burchell’s Coucal (Centropus burchellii), colloquially known as the rainbird, because it seems to call most often during periods of high humidity, leading to the belief that it foretells rain.

Makweti had almost 100mm of much-needed rain in November, all announced by the call of the Burchell’s coucal.

This bird is a shy but beautiful one, with chestnut-brown back and wing feathers and a long, floppy tail with some marked bands in its upper parts. Generally found in pairs, the Burchell’s Coucal is monogamous and is native to eastern and southern Africa, and the southwestern part of the Arabian Peninsula. Predatory, the Burchell’s coucal can be found stalking through thick bush and eating insects, snails, frogs and toads, liquids and chameleons and even other birds. 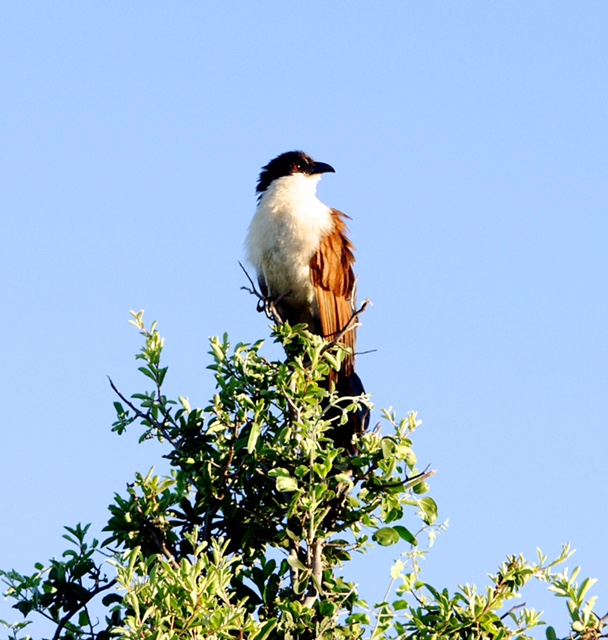