August 29, 2017 By admin Experience Comments Off

For some time now, almost 3 weeks, this Grey Headed Bush shrike has frequented the large Kudu berry tree outside Reception and spends time foraging around the thicket areas close to the Indaba where the dense cover aids his feeding activities.

A recent guest in Camp, Ian Finlay, captured this magnificent bird warming in the morning sun.

A fairly shy skulking bird, they are often heard rather than seen.  Referred to as a ‘Ghost Bird’ with reference to their rather eerie and mournful call. The long drawn out whistle is often accompanied by a loud ‘Click-Click’ made with their beak turned upwards.

They forage for an array of prey which includes both vertebrate and invertebrate species. Ranging from Locusts to Earthworms and Termites, their larger vertebrate species include small Snakes, Lizards, Chameleons, birds with their eggs and nestlings.

I was fortunate enough to witness one of them attack and kill a Laughing dove, swiftly beheading it before feeding.   Like other Shrike species, they also have the habit of impaling prey on thorns or spikes for later consumption.

A beautiful bird with a ferocious appetite. 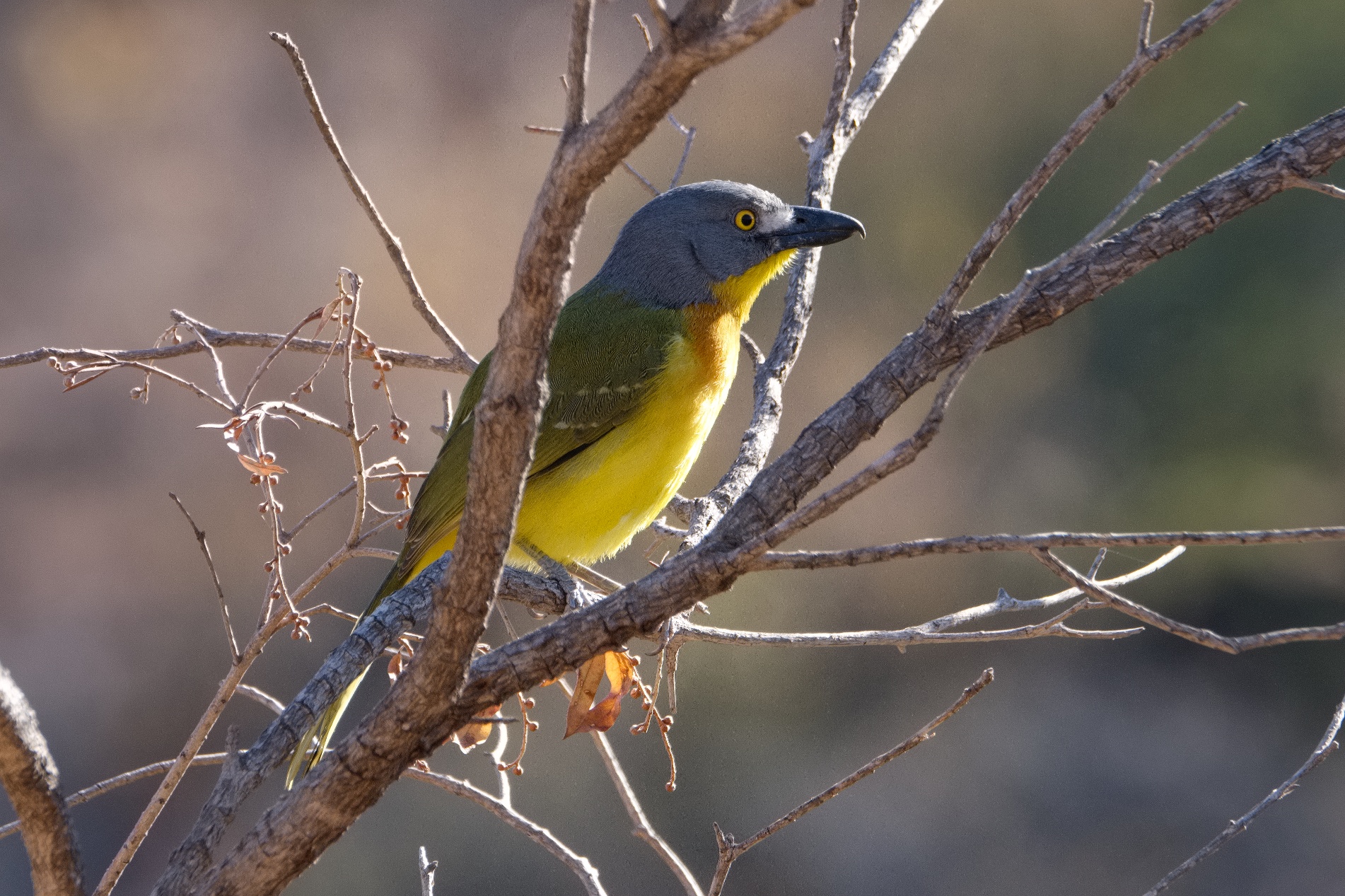