In Life And Death

December 10, 2019 By admin Experience Comments Off

Mufasa: Look, Simba, everything the light touches is our kingdom

Mufasa: A king’s time as ruler rises and falls like the sun. One day, Simba, the sun will set on my time here, and will rise with you as the new king

Simba: And this’ll all be mine?

Simba: Everything the light touches… What about that shadowy place?

Mufasa: That’s beyond our borders. You must never go there, Simba

Simba: But I thought a king could do whatever he wants?

Mufasa: Well, there’s more to being king than getting your way all the time

(Mufasa and Simba walk through plains)

Mufasa: Everything you see exists together in a delicate balance. As king, you need to understand that balance and respect all the creatures, from the crawling ant to the leaping antelope

Simba: But, Dad, don’t we eat the antelope?

Mufasa: Yes, Simba, but let me explain: When we die, our bodies become the grass, and the antelope eat the grass. And so, we are all connected in the great Circle of Life…

It’s Sunday morning, the 27th of October, and I am out on the morning game drive with the group of Belgian guests we have in camp with us. We had spent the morning watching one of the Western Pride lionesses and were looking for the cheetah brothers in the southwestern areas of the reserve, close to the Marakele National Park boundary.  We had followed tracks of a small breeding herd up jackal buzzard but lost them heading further south into the hills and valleys below. 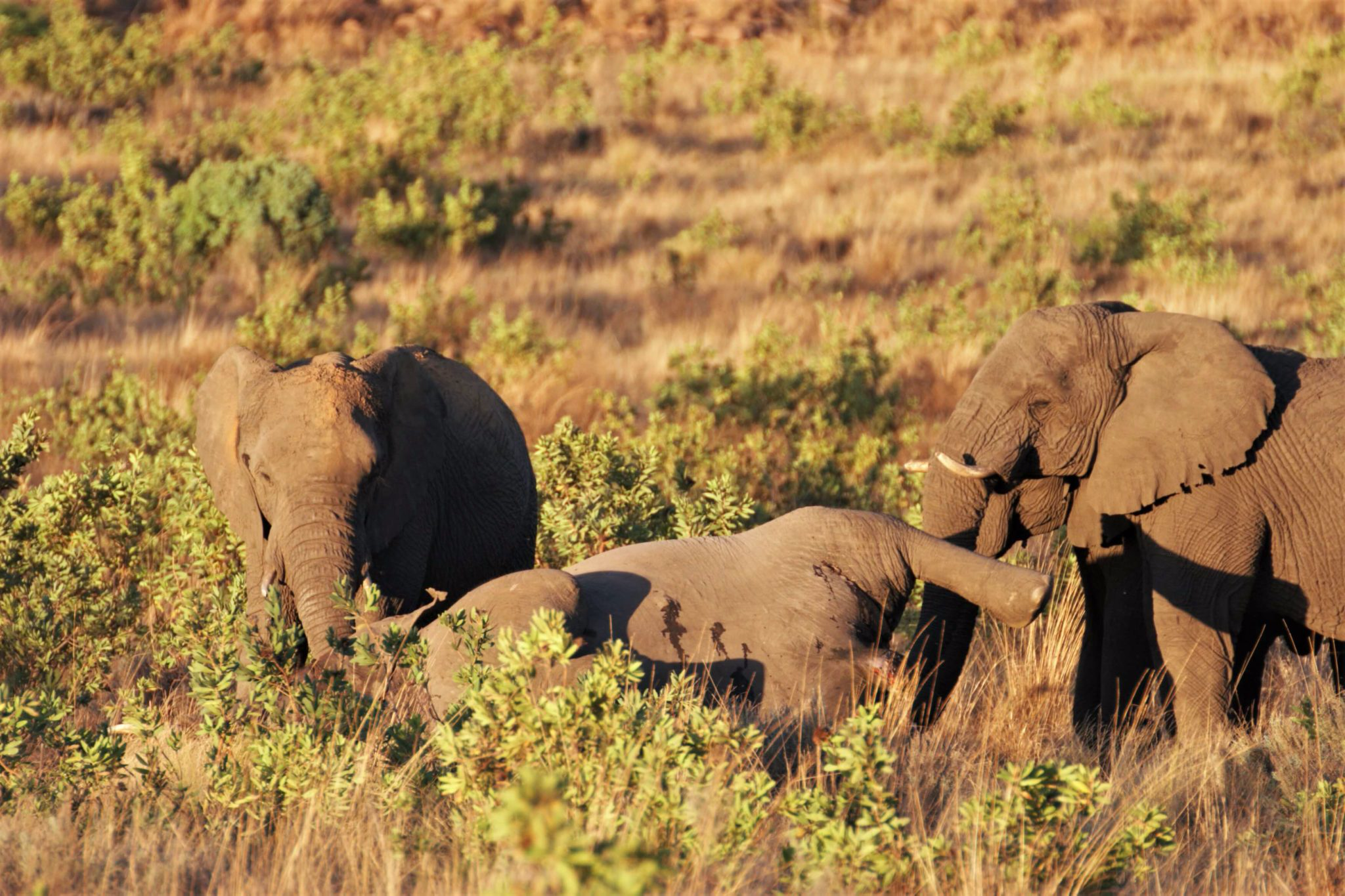 We continued, eager to enjoy a cup of coffee when we bumped into two elephant bulls ambling along towards the big fig tree where we were headed for our coffee. On coming close to the fig tree, we saw an elephant lying down, appearing to be sleeping, close to where we wanted to take our break. It’s not unusual for elephants to lie down to sleep, although it is not often witnessed. I recall a bull in a previous reserve that I had frequently done walking trails in that was often found sleeping on his side enjoying the first light and sunshine.

As we drove closer to the slumbering giant, I began to wonder if something was wrong. I stopped within 50 meters of it and switched the vehicle off.  We watched for any signs of movement or life for a few minutes, before coming to the realisation that this elephant female was dead. She had not been dead for long, and this gave her the peaceful appearance of being deep in sleep. I contacted the reserve management and informed the duty manager of the find.

The elephant research ecologist for the reserve was on duty, and he initially thought that the elephant had been hit by lightning, given the large storm the night before. However, having not seen the carcass he could only surmise. He informed me that he would come out later in the morning and investigate the matter. We did not see any clear signs of injury or any other evidence that suggested anything untoward. I was not sure what had happened to the elephant, and given it was close to the boundary fence, I could not rule out the possibility of a possible poaching attempt.

We left the area so as not to disturb any possible signs of foul play, should this be the case and stopped about 500m away for our coffee. The two bull elephants we had been following earlier emerged and made their way straight to the fallen female and spent a few minutes with her, before ambling on.

Later during the day, I spoke to the elephant research team and was informed that the female elephant had died of old age. She had spent a few days away from her herd and was seen in the vicinity of her final resting place a few days prior. This was a relief as one always expects the worst when it comes to elephant and rhino deaths. 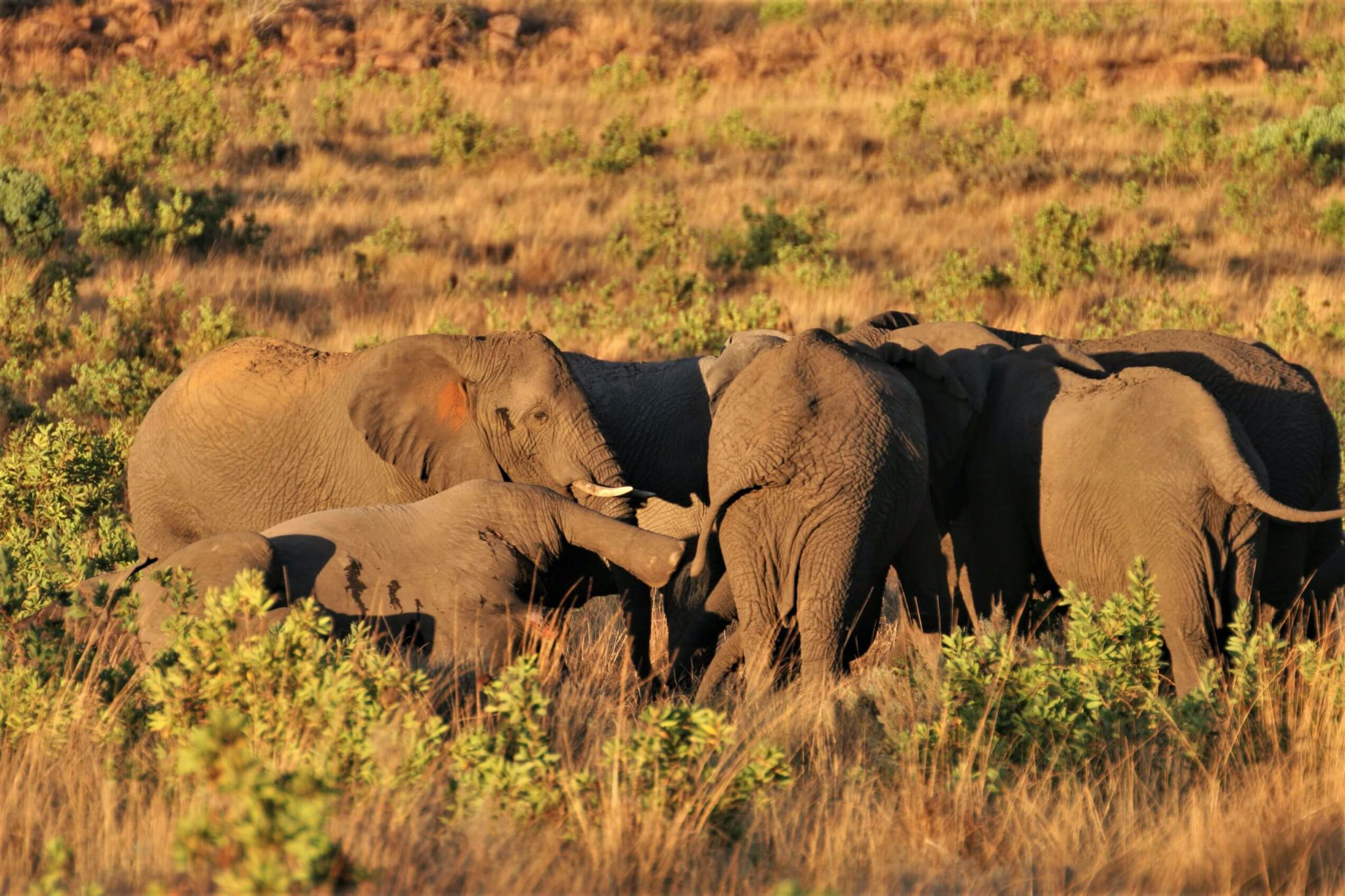 I find this to be an incredibly dignifying way for a wild elephant to pass on if you think back on her life and her journey. The elephant on Welgevonden Game Reserve were introduced from groups brought in from the Kruger National Park. 50 Elephant were originally released making up the core of the population that were to call this reserve home.

This cow would have been one of the 50. She would have been around 25 years old or so, so probably a young mother, who may have come with her calf. Who knows how many calves she mothered, and how many changes she had witnessed within her family and within the families of animals living around her? She lived a relatively free and wild natural life as any elephant should in modern-day Africa. She was able to come into this world and depart from it at the hands of her Mother Nature. She was estimated to be around 60 years old at her passing.

Two days passed and I was once again heading up to the fig tree by the elephant carcass, but this time to see what had become of her remains. 2kms before the carcass, there were fresh signs of an elephant herd, heading towards the carcass of the old cow. On nearing the scene, we found the little herd all around her body. We stopped 100m away and watched the events unfold.

I had always read about elephant fascination with their dead counterparts and had never witnessed this. I had come across dead elephants before, but this was a first. The herd moved slowly and quietly to towards her body, some rumbling their low rumble, heads down and trunks out. They approached her and stood, passing the end of their trunks over her body, investigating every part of her and lamenting her passing. They would move away individually and then stand with their backs to her, all facing in a different direction as if watching or protecting her. They would then all come back together and spend time with her body, before repeating this.

After watching this for half an hour, they got very excited by movement close to her body. Some of the herd members would let out a shrill scream before charging around her body as if chasing something away from her body in defense. After a while I realized that they were chasing jackal away from her, there must have been about eight of them, which we could not initially see, as they had been hiding in the grass from the other herd members.

Author and professional field guide, Trevor Caranaby describes this behaviour in his book, Beat about the Bush. He describes how the elephants approach carcasses of their own kind, often chasing predators away.   Elephants stand motionless and silent, before approaching the carcass.   They gently touch and sniff the carcass whilst slowly walking around it. This preoccupation with death and behaviour is often surmised as emotion or mourning.  I believe this is a human interpretation of their emotion, however I believe that they do suffer from a sense of loss. It is impossible for us to know if there is any relation with their behaviour and the individual always, but there is some sense of feeling when it comes to death.

Elephants are no doubt intelligent, thoughtful, advanced mammals, and should be respected in all aspects.

Is There Such A Place As The Elephant Graveyard? 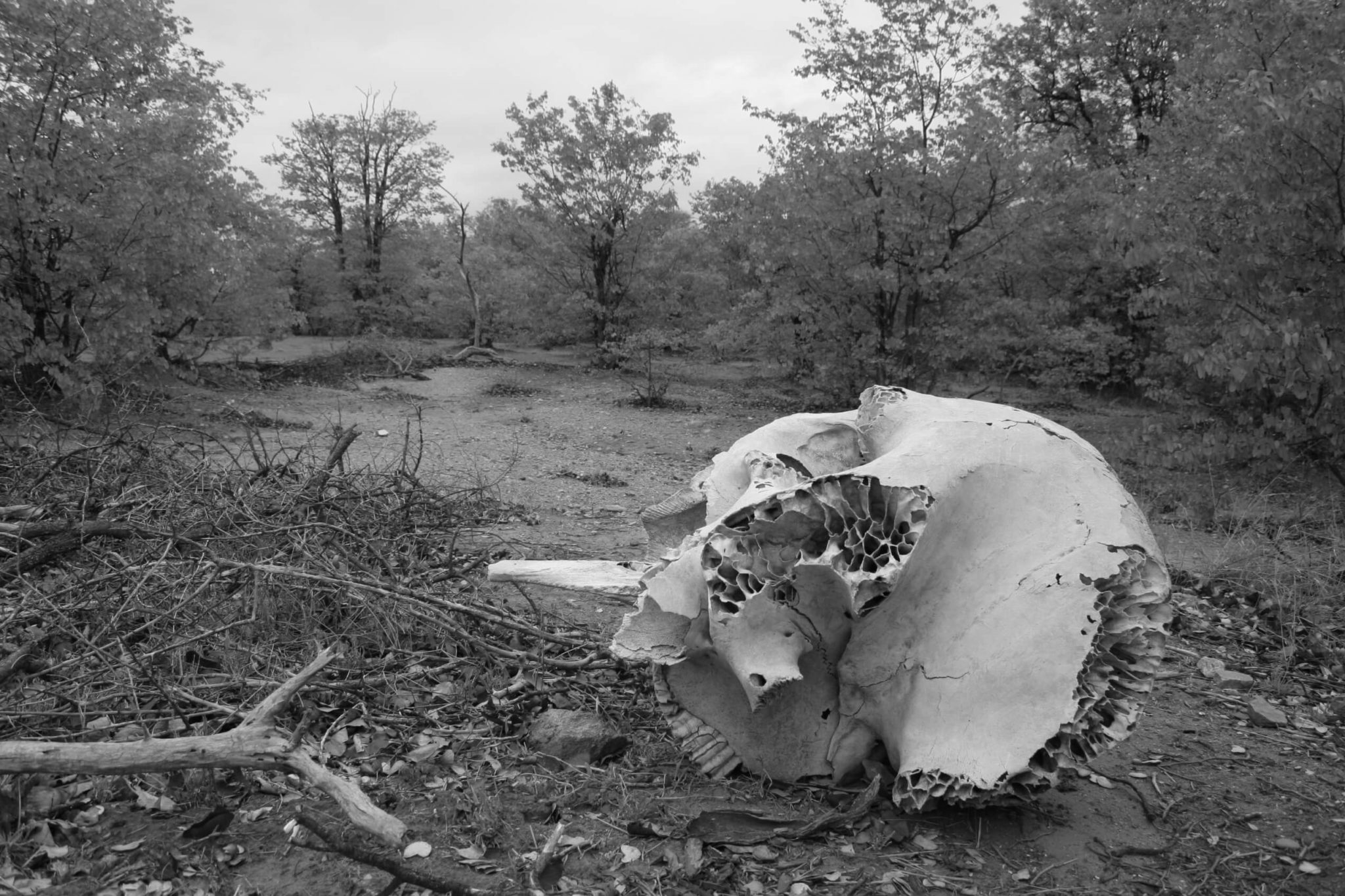 The short answer is no. In my years of guiding, I have never found any evidence to support this myth. However, in saying this, elephants who are old and probably ready to pass on have a very strong realisation of their impending death. With their final set of teeth wearing thin, finding enough food becomes a struggle and as they lack the energy and nutrition to get through each day, they move to areas where there is enough fresh water, an equally vital need. These are usually areas where they have been before or are quite familiar with.  These ‘retirement areas’ are well-referred to in East African among bulls, where old bulls were recorded to move into areas away from any human conflict.

There are other historical theories that add some support to this fanciful place of death for all elephants, however, these are most likely, largely due to human interpretation rather than actual elephant fact or behaviour. For the most part, we would like to believe that there is an undiscovered place where elephants go to die, but for now, it lives only in our minds, fuelled in animation as the ‘Shadowy Place’ in Disney’s The Lion King.