On Saturday morning we woke to Zebras alarming in the ridge behind the waterhole. As we left for Game Drive, we found fresh tracks on the road, left behind by the possible cause for the all the alarm.

We stopped and investigated and pieced together an interesting sighting, not witnessed by anyone. 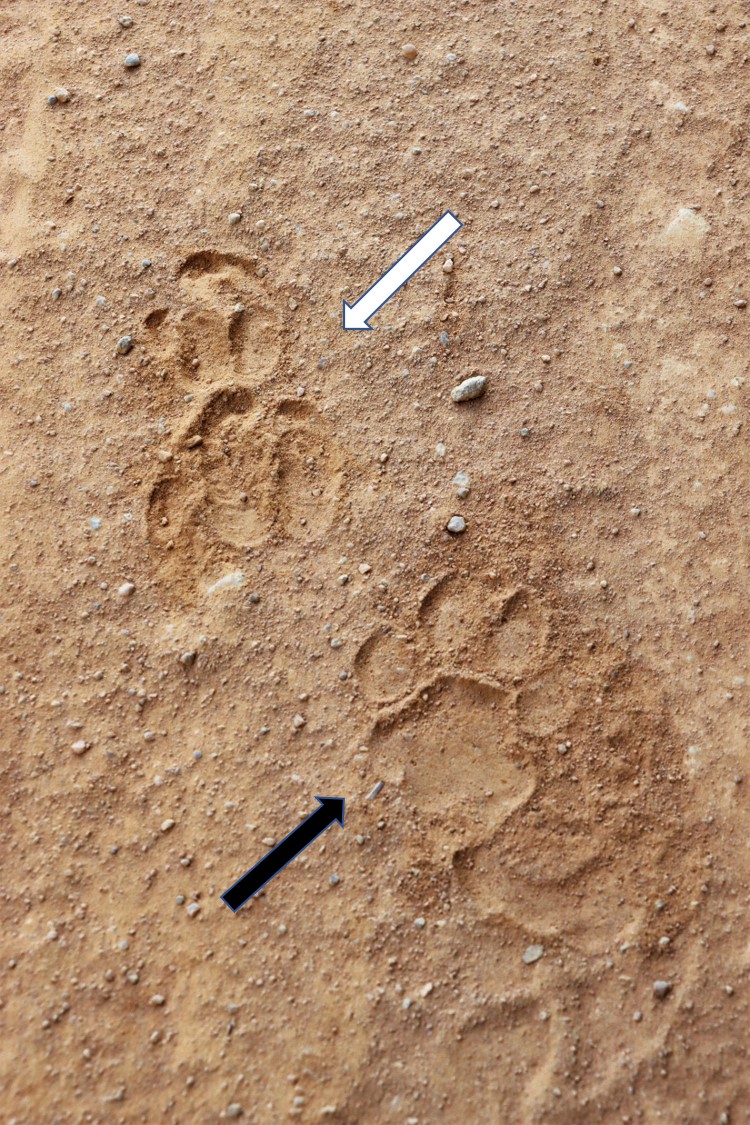 An Aardvark had been ambling up the Main road close to Camp, when it was suddenly chased by a Leopard.  The Tracks clearly show where the Aardvark (White Arrow) was running up the road with the Leopard (Black Arrow) in hot pursuit.  We followed the tracks for some way up the road.  It was clear that the Leopard was running, as you can see in the image with the track circled showing the dust marks around the track where it put its paw down in, pursuit, disturbing the dust around it. 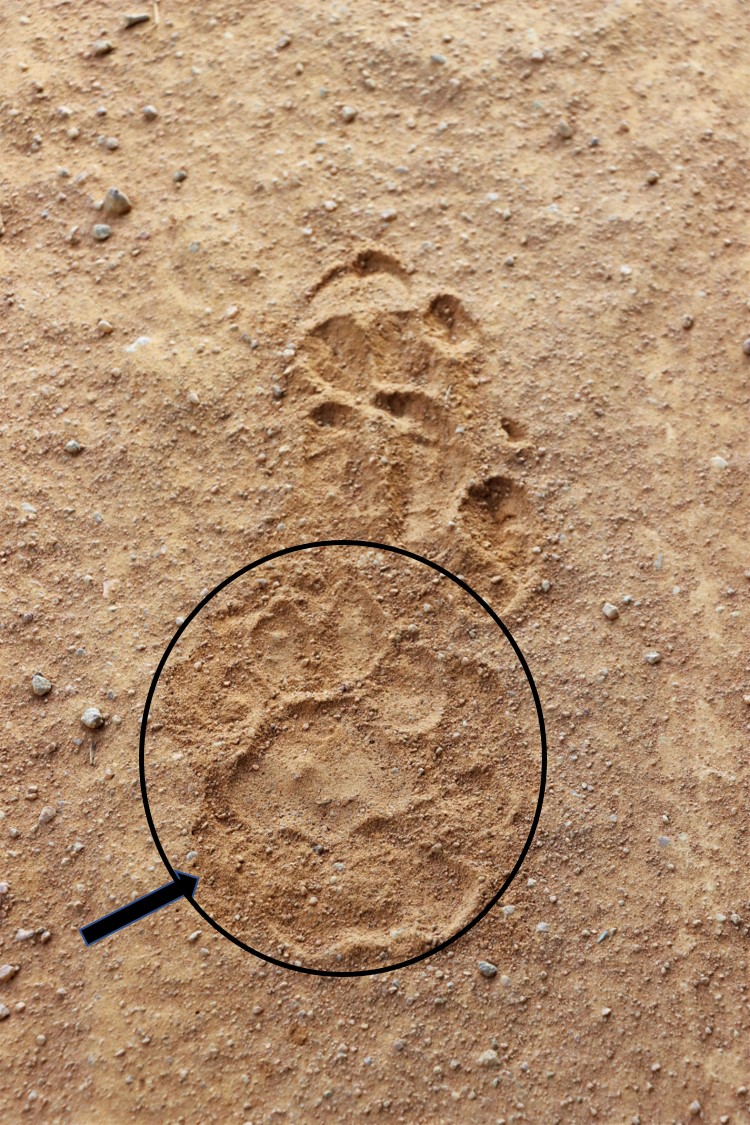 We found neither the Aardvark (dead or alive) nor the Leopard.  Further up the road we saw the Leopard tracks on its own continuing to Makweti.

We looked for about an hour, but did not find it.

That afternoon around 6pm it was spotted briefly crossing the road heading down the vlei area to the Camp where it slunk off and was not seen again.

That night during dinner service, we heard it calling on the ridge below Room 3, heading down the valley to the River below.