October 16, 2018 By admin People Of Makweti Comments Off

It’s October 2016 and Jessica and I are sitting in our small rental apartment in Northern Johannesburg wondering why on earth we had decided to give the “big city” a try after so many years of living and enjoying the bush and game lodge environment.

We had been working in lodges and boutique hotels for 15 – 18 years, and had come to the realisation that we were definitely not “city people”.

Jessica, born in George in the Western Cape, studied Game Lodge Management at Saasveld, and was enjoying a career in game lodges. She worked in some of the best reserves we have to offer in South Africa. These were so far from the world she was now living in, and were the places that she longed to be back at.

I (Neil) grew up in Johannesburg and studied a BSc Hons in Botany at Wits University. I had been field guiding and running lodges in reserves all over South Africa since 2000. Where were those early morning wake-ups, and those magnificent bushveld sunsets?

This Is Where Our Makweti Adventure Began

Life in a game lodge is exciting, frustrating at times, and challenging, but most of all it is a great adventure. Every day has something unexpected to offer, and the best part of it is that we have no control over what the day will bring. Who goes to a morning meeting at 7am to meet with the team and then encounters an elephant ripping up the water pipes?

We are constantly asked by our guests about life in a game lodge and the day-to-day events. Throughout our careers in lodges, we have had so many incredible experiences and Makweti has contributed to many of these. We would like to share some of the funny antics and unbelievable experiences we have had right here.

We share our camp with many animals, and sometimes we feel we are the non-paying tenants and this is actually their place. Our resident troop of Vervet Monkeys are a great source of entertainment and frustration as they spend their days being… monkeys. 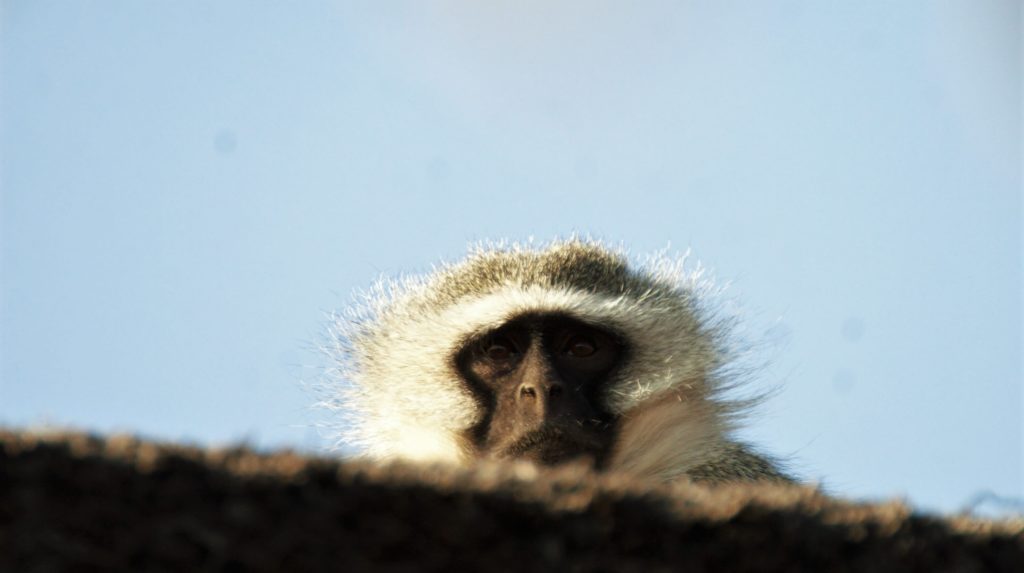 The dominant male and Jessica have a special relationship. If you interviewed them separately their tales would be worlds apart. To say it’s a love-hate relationship would be misleading as there seems to be little of both. He will spend his day plotting ways to deceive Jessica in any way. From sneaking into the office, to dip his fingers in her freshly made coffee to going through her contacts on her phone, he has many torments waiting. He will come running over when she emerges from the office, displaying all forms of indecency and constantly reminding her of who is really in charge. This Romeo and Juliet story is ever-evolving and is a true soap opera of the bush filled with intrigue, love, hate and anger.

Sitting at home reading on the couch is a rare moment to enjoy, as we are always busy living our work, so to speak. When 15 minutes on the couch is interrupted by an almighty crack, you just smile and take it in your stride. The noise is inevitably followed up by another and then the finale of the show, a beautiful fountain of water with small glistening drops on our kitchen window and back door. On opening the kitchen door, there – a mere 3 feet from us – is the rump of an elephant bull and the cause of the Jean Michel Jarre light spectacle outside our house.

We have this happen so often, it’s like baking a cake. We quietly kick in gear and the process of dealing with an elephant in the camp unfolds. We even keep back up tools, plumbing joints, parts and all sorts at the house so we can quickly repair this frequent concern. It’s like brushing your teeth, you just have to get it done.

Late afternoon is one of the best times to be in camp. It’s quiet, the rangers are out on the drive and everything seems to be preparing for the change from day to night. This is the time where the kitchen is prepping dinner and the rest of the team are prepping for the guests to return.

Having followed Jessica home, the dominant male Vervet Monkey was posted outside in a tree, just in case she emerged. Jessica was getting prepared for hosting the evening, when she was well rewarded with a visit from an elusive member of the big cat family. Alerted by the male monkey alarm calling close to the house, Jessica investigated the cause for his concern and sitting 30 meters from our bedroom window on the hill side was a leopard.

We rangers spend hours and days searching for these animals, and here one was perched on a ledge right in the camp. Who says you need to go out on every drive in order to enjoy the wildlife on the reserve?

As we sit and write this story at home, we receive a phone call from Richard, one of our lodge assistants who has just seen this very leopard on the hillside below room 3, making its way down the valley towards the Taaibos River. Amazing, it’s now 5:30pm and the fun never stops!

Vigilance Is Still The Order Of The Day 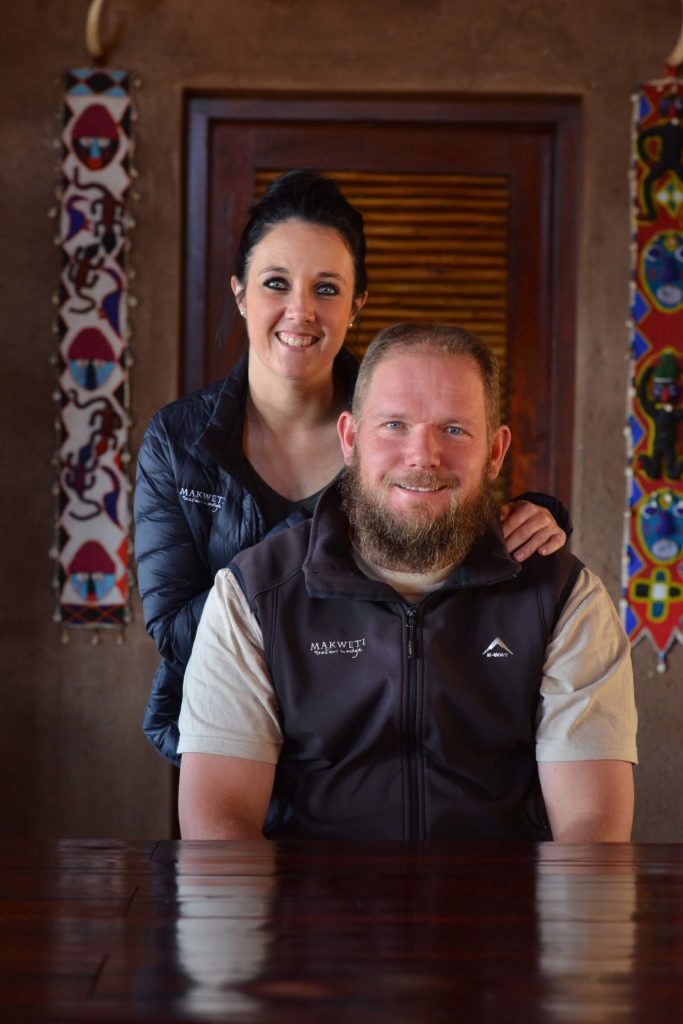 Sometimes the game in camp comes a little closer than we are aware of and caution must be taken at all times. On coming down to the office having been to check on the water tanks, I was rewarded with a sighting many people long to see. I was walking past the game vehicles in the carport, when my eye was caught by movement at the waterhole. I moved to get a clearer view. There was a male cheetah on the back of an impala ewe. I ran into the office shouting with excitement at Jessica, who was looking at me rather oddly. I grabbed my camera and we went into the Indaba Lounge.

There was the cheetah only 50 meters from the deck in the last moments of suffocating its hapless prey. We certainly have the best office and the best views.

We have been incredibly privileged to have worked and lived in amazing, beautiful and diverse places. These places wouldn’t be the same without the people we have worked with and entertained, and we will cherish our experiences at Makweti fondly forever. We have managed to capture some incredible moments on camera and in our minds, and will never take our day-to-day experiences for granted.

Thank you, Makweti for adding such great stories to our book of life. We cannot wait for tomorrow to see what you bring!