November 9, 2018 By admin People Of Makweti Comments Off

Meet Zelda Mashada, better known to us as Zelly. She is a kitchen assistant at Makweti Safari Lodge and a beacon of positivity who has been with us for 15 years. She was born in Louis Trichardt, which is a good 320km away from Makweti. She is one of three siblings – the only sister in between two brothers.

Her passion for Makweti started when she saw all the Welgevonden game vehicles driving through town. She wanted to see the big five and decided that one day she would work at a game lodge… and so she did! As she puts it: “My dreams came true.”

We are so thrilled they did, because Zelly is an absolute joy to have around. Ask any of our guests who have the pleasure of dancing with Zelly when we beat the dinner drums. Zelly is soaking it all in and gaining valuable hospitality experience in the process.

When not working at Makweti, Zelly enjoys downtime with her family in Vaalwater. She is married to Josias and has two beautiful boys, Rovhana and Lulama. She loves joking around with her family and sharing laughs. She is also only too proud to share her Makweti photos with them and loves sharing the environment with them.

During your stay at Makweti, you’ll probably hear Zelly talk about “Funi”, who is her favourite little male monkey that hangs around the camp. She named him Bafana, which means little boy – Funi for short. She has loads of stories to share about the monkeys and claims that when they are not around, she calls their names and they come running. Our own resident animal whisperer.

We are so proud to have her as part of the Makweti family. 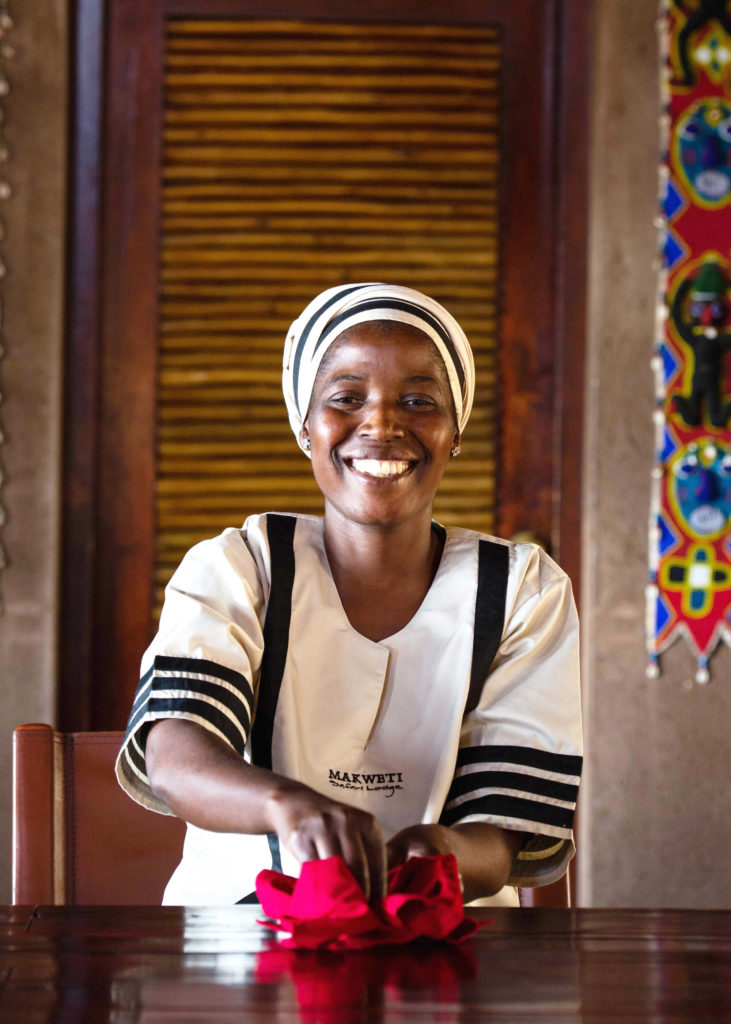