Make Your Own Makweti Chicken Tagine

There’s something incredibly exciting about a meal prepared in a tagine. It feels authentically African. This method of cooking originated in the Maghreb region of Africa, along the Mediterranean Sea coastline in the far North-West of our continent. Countries like Morocco, Algeria, Tunisia and Libya are all known to infuse ingredients together like this in a tagine, creating an amalgamation of flavour that is second to none. Of course, Chef Phillip has replicated this method of cooking in his own way, bringing to life the Makweti Chicken Tagine. If you don’t have a tagine, you can make it in a regular casserole dish. 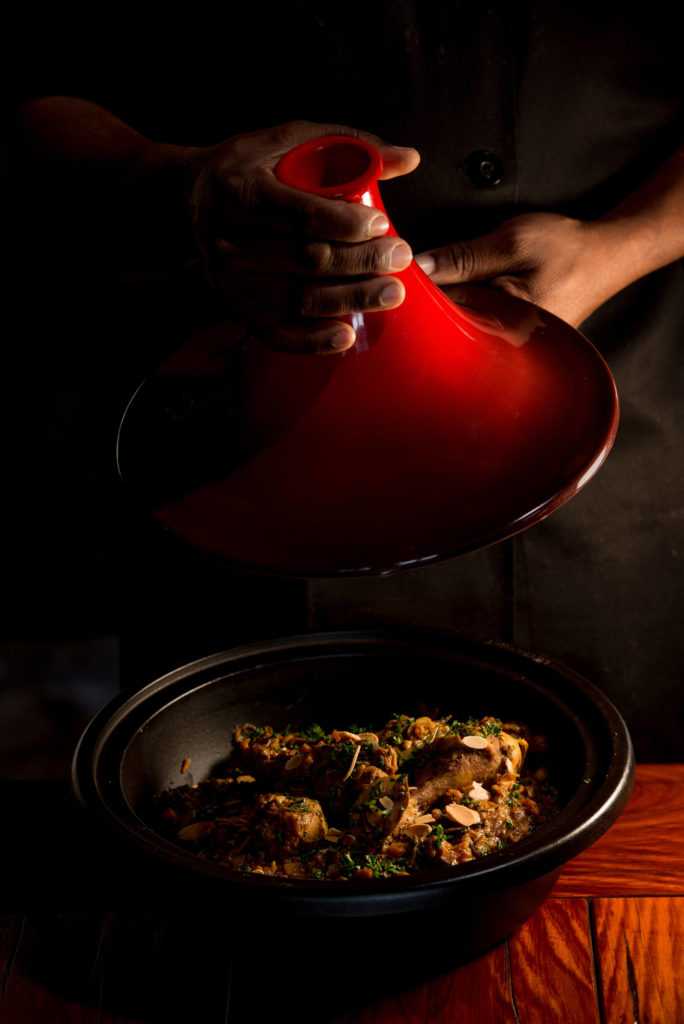 Preheat the oven to 180 degrees C.
Spread the almonds over a baking tray. Bake in the oven for 4 minutes or until toasted. Transfer to a heatproof bowl.
Heat 1 teaspoon of oil in a flameproof casserole dish or tagine over medium to high heat. Add half the chicken and cook, turning occasionally, for 6 minutes or until golden. Transfer to a plate.
Repeat with the remaining chicken, making sure that you reheat the dish between batches.
Heat the remaining oil in the dish over medium heat.
Add the onion and garlic, and stir occasionally, for 5 minutes or until the onion is soft.
Add the cumin ginger and turmeric, and stir to coat.
Add the stock and tomato. Bring to the boil.
Add the chicken, carrots and dates.
Cover and bake for 40-45 minutes or until the chicken is cooked through.
Stir in the honey.
Season with salt and pepper.
Divide the chicken mixture and couscous, if desired, among serving dishes.
Sprinkle with the almonds and cinnamon.
Top with coriander to serve.