Behind The Scenes With The Brown Hyena – Hyaena brunnea

August 23, 2018 By admin Wildlife At Makweti Comments Off

Very few (if any) of our guests are aware of the “behind the scenes” activity that takes place as we while away the day or night in camp.  There is so much activity that we miss and are unaware of.

Ever since I started guiding and conducting trails, I have been fascinated with the precision, commitment and consistency that the shy and seldom seen Brown Hyena goes about during its daily routine. Brown Hyena lead very secretive lives, which we hardly ever get to witness. Often, we will happen upon signs of their activity all over the Welgevonden Reserve, indicating just how active they are. 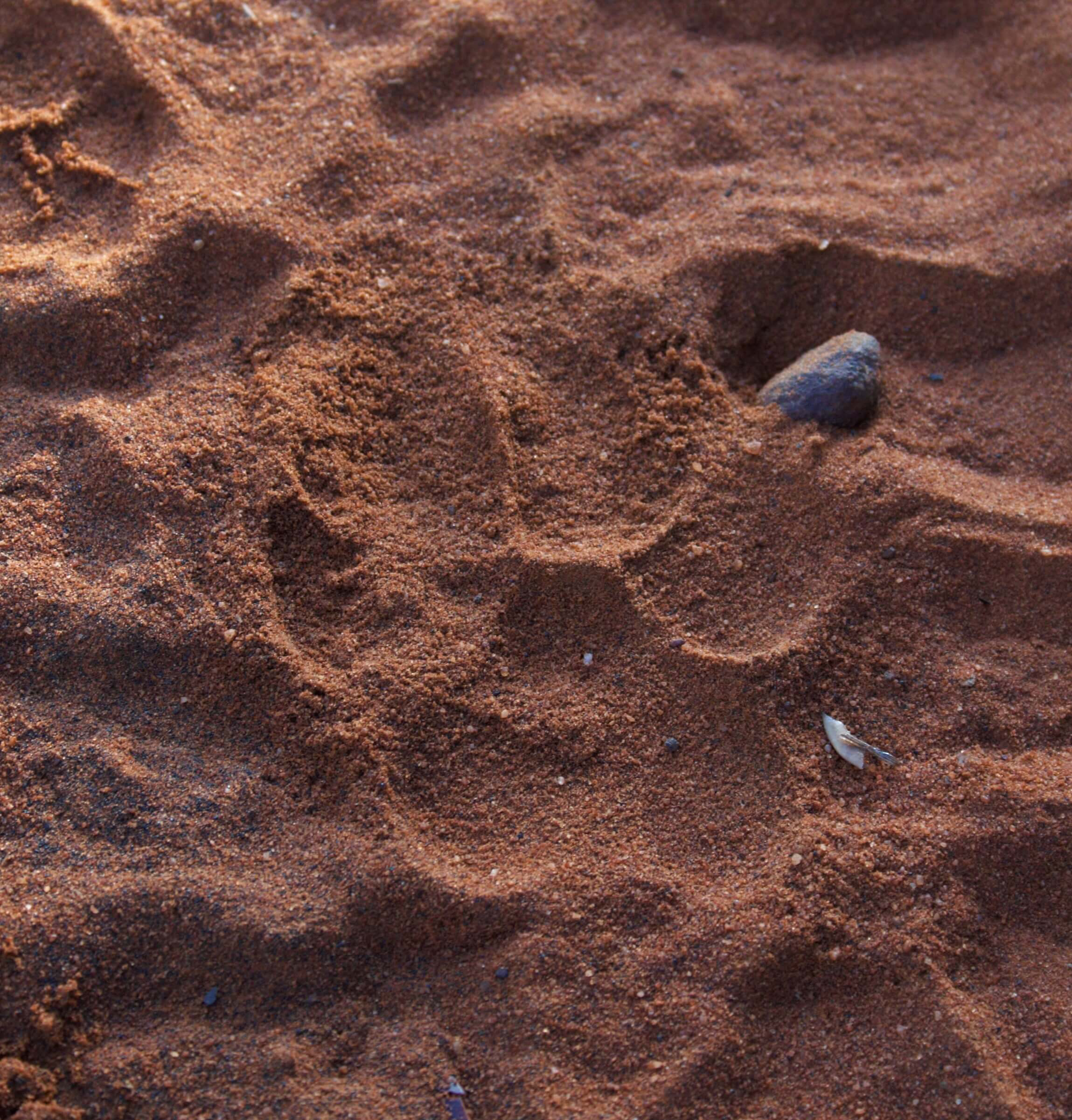 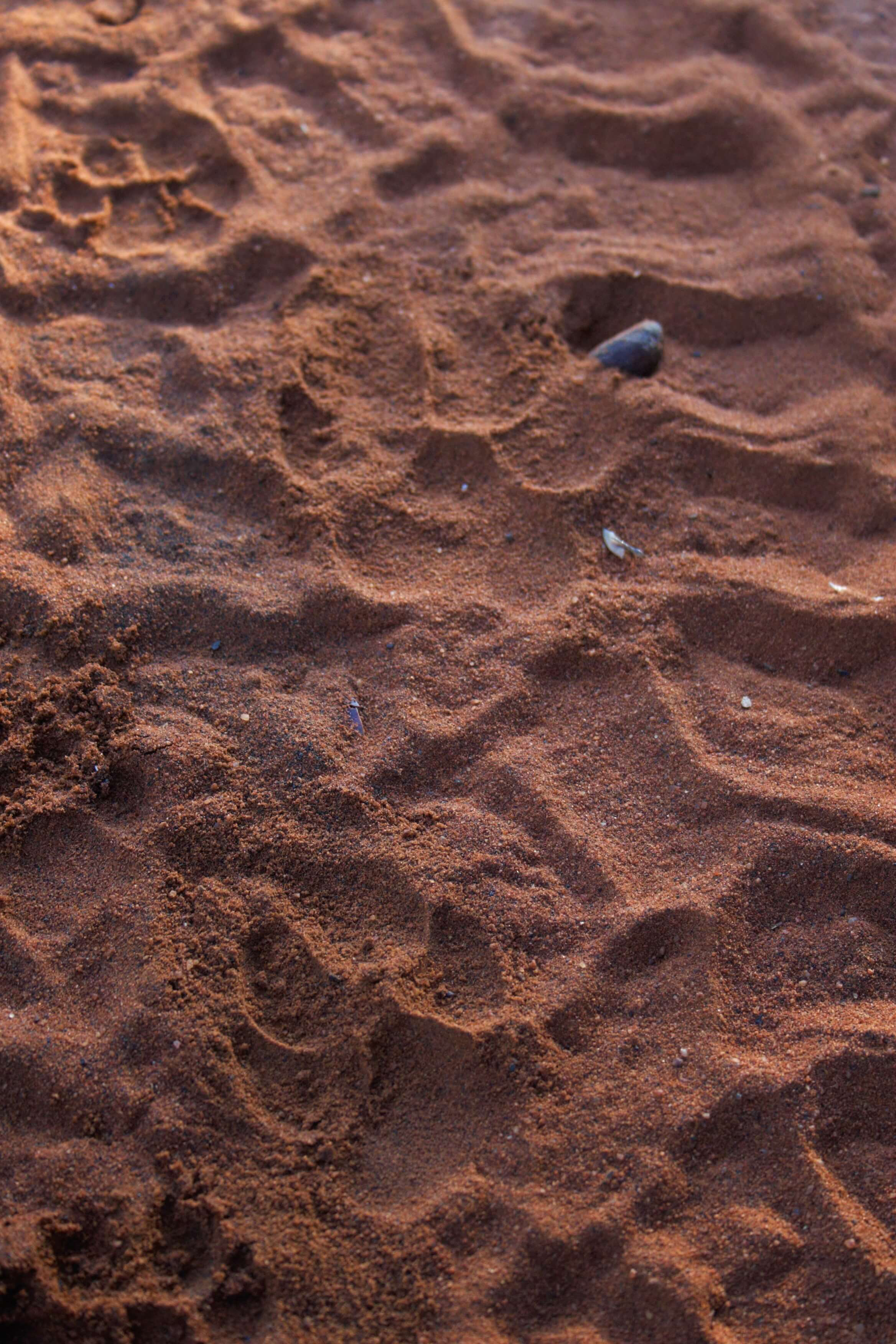 Tracks! Left clear on the sandy roads whilst they patrol their territories and forage for food. An easy way to know they have been around, their tracks are often seen early morning after a nightly prowl, and especially following the rains. Brown Hyena tracks differ from their Spotted Hyena relatives, in that the long shaggy hair of the Brown Hyena leaves its own mark.  The hair on the Brown Hyena covers the foot like a sock and is noticeable as fine brush marks around the track (above right).

Some Interesting Facts About Brown Hyena

Brown Hyena, long believed to be solitary animals, have one of the most advanced carnivore social systems. They will forage alone and are known to ‘cache’ food from other predators, close to carcasses. They sometimes return to their dens with a stash of food in their jaws, usually a hindleg or something similar.  They seldom predate on large game and, according to a few records, kills form only 6% of their total diet. They are still regarded as a large aggressive predator and rank fourth in the carnivore hierarchy in Southern Africa.  They have little respect for Leopard and Cheetah, but will keep well out of the way of Lion. 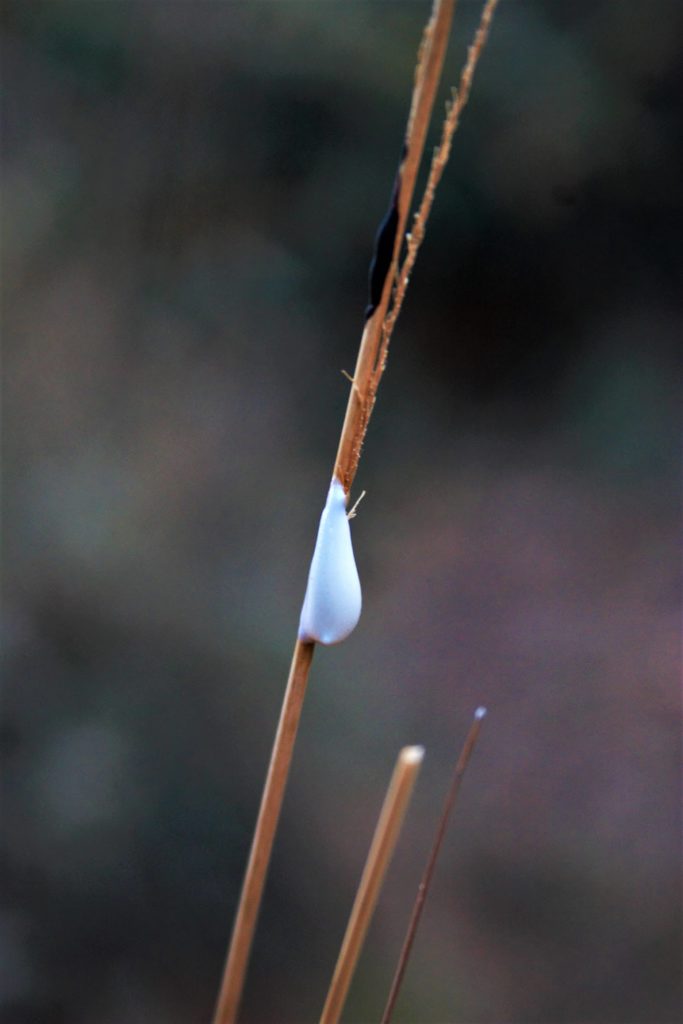 With their advanced social system, comes an equally elaborate system of olfactory communication. Scent marking with a greasy, smelly anal-sac secretion as well as dung middens, indicate ownership of an area. Foraging individuals will stop every 300-400m to paste grass stems or bushes with this secretion.

Two secretions are noted, with different effects. First, the white pasting and then a dark brown or black pasting. The white pasting is longer lasting, whereas the dark pasting loses its odour quicker. The pastings not only denote territory for the clan, but are believed to be chemical messages to other clan members, indicating individuals and giving a timeline of territorial and foraging patrols. This helps clan members avoid foraging in areas that have been recently covered or checked.

Brown Hyena are seldom seen or heard. Unlike their vociferous Spotted Hyena cousins, Brown Hyena will seldom vocalise, giving small squeaks, grunts or growls that can be heard over short distances. These sounds are usually given to related clan members, or rival clan members who have ventured into their territory.

When next on a trip to Makweti Safari Lodge, take some time to notice the small signs of activity that indicate what animals have been up to whilst you lie blissfully unaware in our luxurious rooms or at the pool.

There is more than meets the eye!

Thanks to Neil Davison for this brilliant post and photographs. 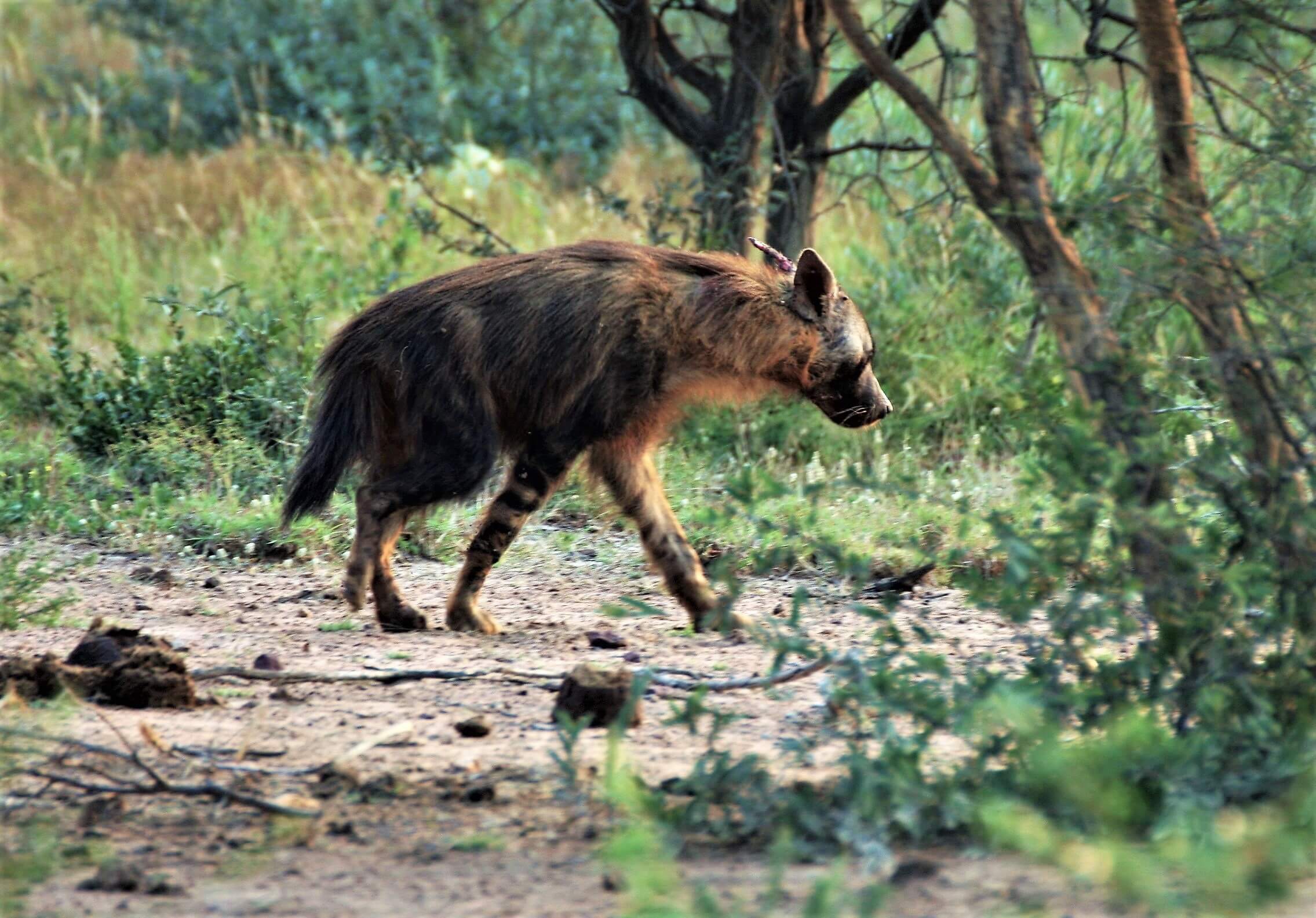