September 11, 2018 By admin Wildlife At Makweti Comments Off 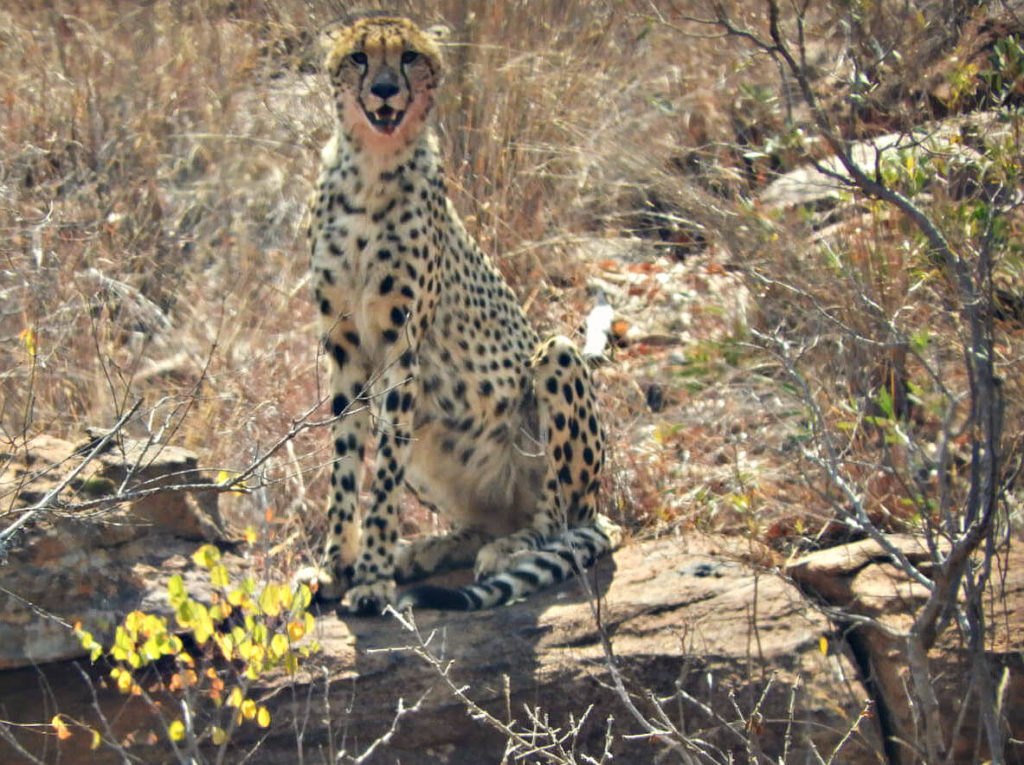 It was around 8am on Wednesday morning. Jessica was busy in the office when the alarm calls from our resident Vervet Monkeys rang out from close to the kitchen area. As always, these calls pique the interest of everyone in the camp and soon the investigation began. Speculations ran high and it was decided it must have been the leopard that has been seen and heard around the camp in the last eight months.

It wasn’t until breakfast that we discovered the truth behind all the commotion. A sub-adult cheetah had come up the valley and killed a reedbuck right below the deck of room 3. Marius Botha, our guest in number 3, had missed the morning drive to enjoy some time in the room and on his deck. He was well-rewarded with this sighting. At breakfast he nonchalantly walked into the dining area and informed everyone about what had happened whilst we were out on drive. Needless to say, we didn’t believe it at first, but on closer inspection the details slowly emerged. Later during breakfast, the cheetah moved up the ridge in clear view of the breakfast deck and was then enjoyed by all. 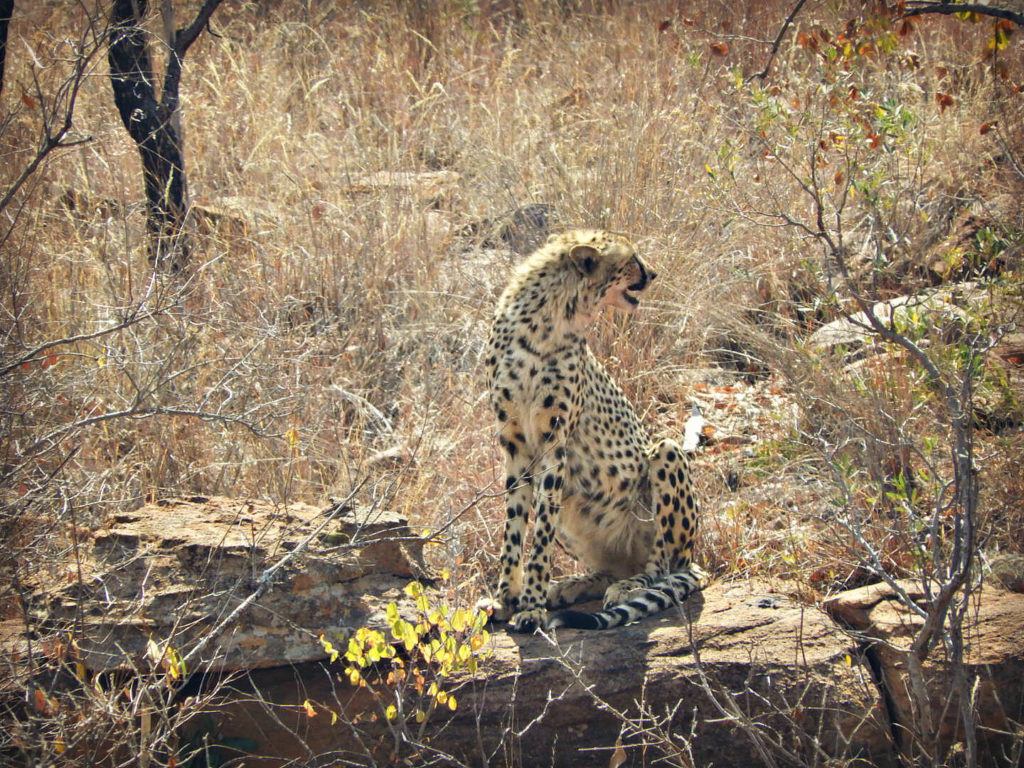 After some time, it started location calling, a high-pitched bird-like yelp. Shortly after, two similarly aged cheetah came down the ridge and joined it. This reunion of these three cheetah was quickly realised as the sub-adult offspring of the mother cheetah we featured in our cheetah write up from April 2018. Having left their mother on the 27th June this year, they have been doing their rounds across the Northern and Western parts of the Welgevonden Reserve. This was the first time since then that we have seen them in the Makweti area again.

The three cheetah spent the day in the shade on the ridge above the camp and were seen on and off throughout the day. A great show enjoyed by everyone. The images for this blog were taken by Malcolm and Monique Ritchie, who are currently enjoying their honeymoon with us at Makweti. Thank you!