February 12, 2020 By admin Wildlife At Makweti Comments Off

“Flight of Fancy” definition – fictionalisation, fantasy, mirage, unreality… or is it?

The very thought of the annual migration of millions of tiny white butterflies all north-east bound in search of mates in wetter regions may seem to be fantastical. But this is a very real event.

Travelling to the northern and north-eastern parts of South Africa from mid-December to mid-March, one will inevitably witness this spectacle on a grand scale. The brown-veined white butterflies spread their wings and take on a journey of a lifetime, in search of mates and suitable host plants and trees on which to lay their eggs, setting the foundation for future mass movements.

This journey from the west coast of South Africa to the east will leave any witnesses in awe. Each emerging group will make use of well-used flight paths as they move to amass in Mozambique and the northern parts of KwaZulu Natal. Their journey continues east over the Indian Ocean, perhaps in the hope of reaching parts of North Africa, Madagascar, or further unknown destinations. 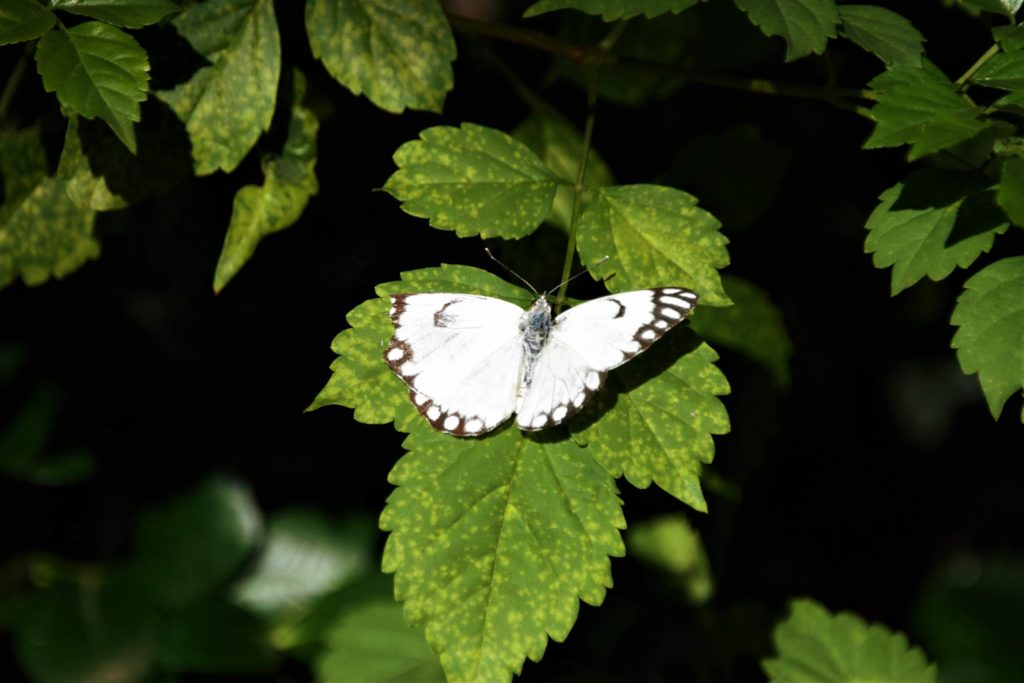 During this last stage of their monumental journey, they will wither and die, unable to find food or moisture over the ocean and eventually succumbing to exhaustion and dehydration. This journey starts in the Northern Cape, Karoo, and continues through the northern parts of South Africa. As the pioneering group gains momentum, more and more butterflies join from other areas, following three main flight paths. As they continue their journey, similar colonies will join them, and so the emigration is born.

Brown-veined white butterflies (pictured above) natural distribution is arid savanna, North Cape semi-desert savanna, into the arid areas of Limpopo and the North-West Province. They are then widespread in Free State, Gauteng and Mpumalanga during the emigration. During this time they will find mates and lay their eggs on specific host trees. The shepherd’s tree (Boscia albitrunca) is a favoured host for the larvae to feed on, found mostly in dry, arid parts of South Africa, along their preferred flight paths. The larvae also like to feed on other species of the genus Boscia as well bead-bean trees, tending to favour species found in the Capparaceae family. Most of these tree species prefer arid, hot, low-altitude areas, common to the northern parts of South Africa. 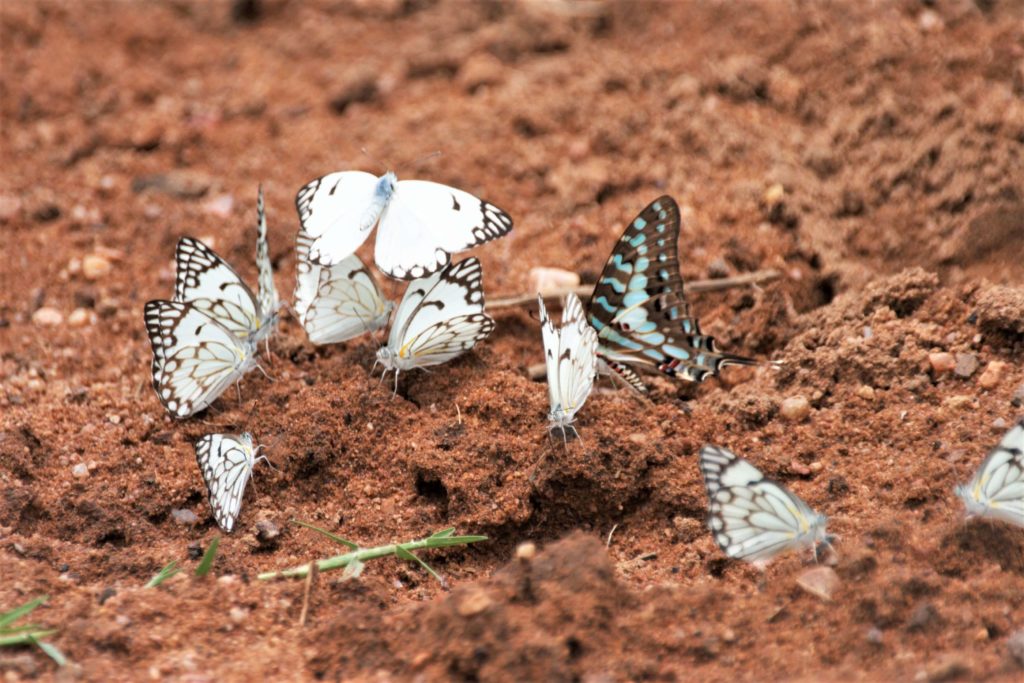 While the Welgevonden Game Reserve sits in a higher altitude area not preferred by most host larval species for this butterfly, this giant 2-billion-year-old landmass known as the Waterberg sits directly in one of the three main flight pathways for this butterfly movement. The area is frequented by these butterflies annually. Surrounding the reserve are many areas where most of these tree species occur, so whilst this reserve may not support many of the larvae, the adults use the reserve to find food while they are en route east.

They are often seen amassing at watering areas where damp ground serves to quench their thirsts (above), also joined by other species of butterfly such as the large striped swordtail (final image) or species belonging to the genus Eurema also known as grass yellows (below). Along their journey they will feed on the nectar of flowering plants and trees, providing much-required energy to complete their mammoth journey. As a result, these butterflies, like most, are vital as pollinators spreading pollen from plant to plant. 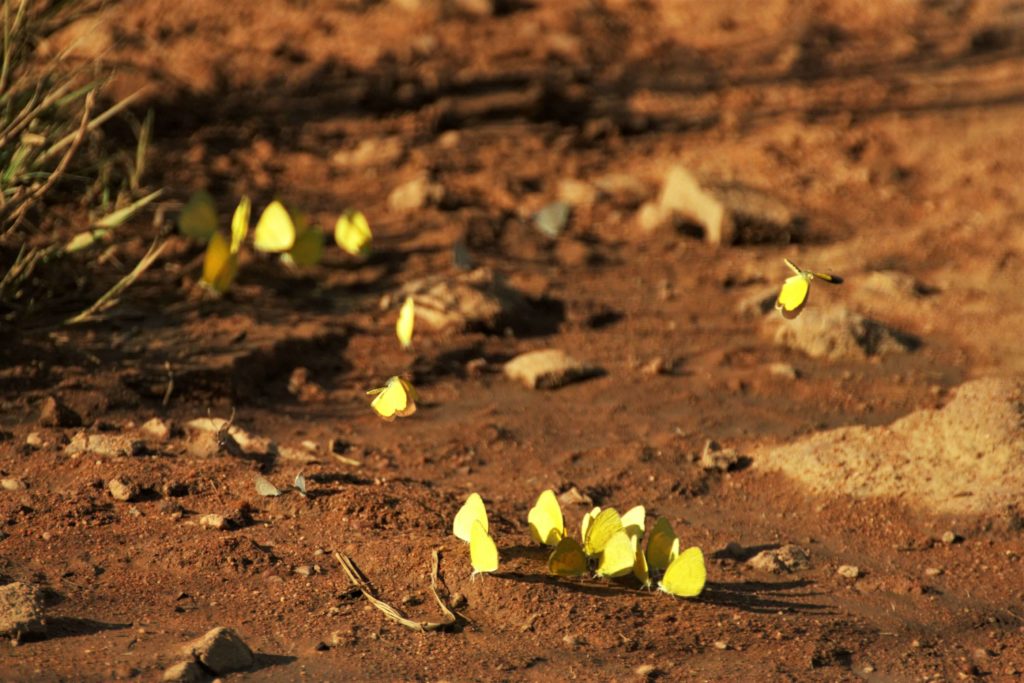 Butterflies and moths are among some of the best-known insects in the world. Known as Lepidoptera, with approximately 170,000 known species, they are one of the largest order of insects, second only to the beetles, which include some 300,000 known species worldwide.

Relatively little is known about these small, amazing creatures and their habits, flight paths, driving factors, and general breeding preferences. Their movements in such masses is captivating, and the Lepidoptera Society of South Africa is always looking for information from ordinary admirers who witness this emigration every year.

Should anyone be interested in assisting or providing simple eye-witness information, they are encouraged to contact CBISA (Conservation of Butterflies in South Africa) or visit lepsoc.org.za. 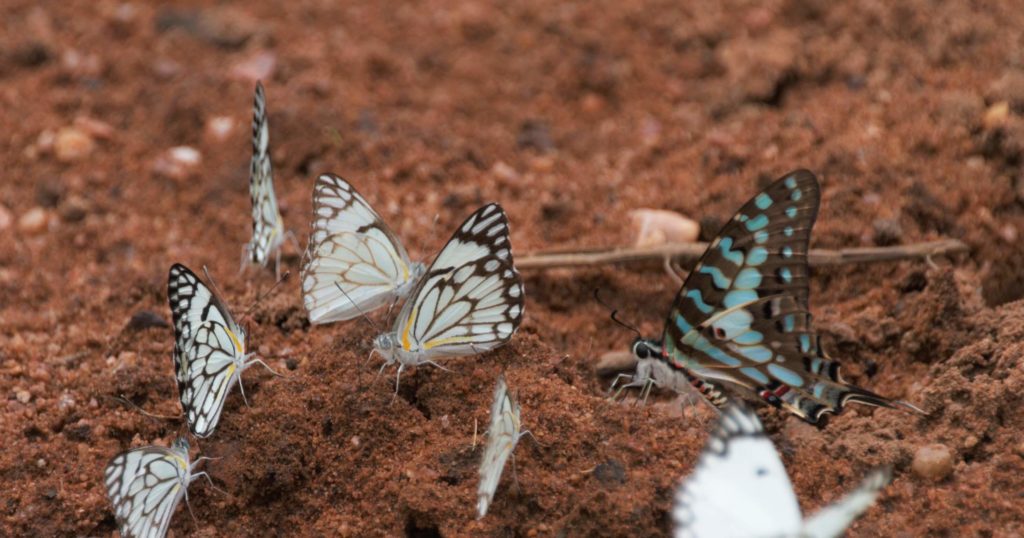 A verse from the poem “Brown-Veined White” by Rethabile Masilo

Many butterflies in Ladybrand today

as many as snowflakes in a blizzard

they bend the grass under them

with gasps from their wings