October 28, 2019 By admin Wildlife At Makweti Comments Off

The waterhole at Makweti Safari Lodge has always been a hive of activity and over the past three years has provided our guests with much entertainment and enjoyment.

It’s the start of Summer, which is ultimately the driest part of the year. The Waterberg is well known for its abundance of fresh water, however it is equally well known for its extreme dry periods. As we patiently wait for rains to come and give respite to the current drought and heat, the waterhole becomes more than a drinking spot for the animals to enjoy when passing through, it now becomes a regular daily visit.

The camp waterhole is monitored day and night by two trip cameras. One of the cameras is permanently set to the waterhole, where most activity takes place. The other is a floating ‘big brother’ which we move around to various points keeping tabs on the main game trails coming into and out of the camp and surrounds.

29 November 2017 was a typical Summers day and all around the camp is a breeding herd of elephant, feeding on the new green growth and taking time out to cool in the waterhole or quench their thirst. Under the watchful eye of our three trip cameras, the herd move in and around the waterhole feeding on the waterberry trees close by. We watched closely as the herd enjoyed themselves in camp, before we headed out on the afternoon game drive.

On returning that evening, we found that the herd had spent most of the afternoon in camp, moving off just before 7pm. There was considerable damage to the trees close to the waterhole and a clear path of destruction was visible. It was then that I was informed that the elephant had gotten hold of two of the three cameras that were watching the waterhole activity. We were eager to investigate and find the cameras and see what had become of them and if there was any footage salvageable.

Early the next morning, before heading out on game drive, we walked the area close to the waterhole and found one of the cameras, and the strap of the other. Incredibly the camera had been tossed around, placed with in the mouth of an elephant and also stood on. It suffered no more damage than a broken clip on the strap that secures the camera to a tree or other support. The camera was mostly undamaged but needed a clean and for the batteries to be reset. We got rid of the elephant saliva, checked the batteries and recovered the images. We got some interesting images, most out of focus. One of the images shows the culprits tusk and trunk, shortly before it was placed in his mouth. We spent the better part of the following week combing the area for the other camera and after a month of searching we called it quits. We figured that either the camera had been carried off by its new proud owner, or perhaps it had been dropped into the waterhole where it would remain as a sunken treasure.

13 October 2019, two years later and we thought we were about to repeat the same scenario of 2017. It was late afternoon, just before the game drive and an elephant bull wondered into the camp to enjoy a drink. Within an hour he was joined by a group of 20 more thirsty grey lumbering mammals and within minutes the camp is turned into a class of 2017 reunion!

The party continued through the late afternoon and was in full swing when we returned from the game drive shortly before 7:30pm for dinner. Their rumbles, trumpeting and breaking of branches continued through the night and at 03:06am last round was called, where the last remaining young bull called it a night. We had gone to bed wondering what the morning would bring, and just how much damaged had been caused in the celebration.

The elephants had certainly enjoyed themselves, and the following morning revealed just how much. There were broken trees, damaged water pipes to the waterhole and a host of branches and leaves left all around for us to pick up. It’s always great to be a part of such memorable experiences, and this was certainly one to never forget. Picking up after our neighbours’ night out is part and parcel of living in the bush, and very much a privilege to be a part of.

The following morning clean up revealed the need for us to dredge the waterhole and clean the area around it as the party the night before had clearly been the social event of the year. Over time, warthogs, rhino, buffalo and elephant utilising the waterhole, had left mud and debris collected at the bottom, reducing the waterholes ability to hold clean fresh water which most of the animals seek. With the heatwave we have been through recently and with little forecast of rain in the week to come, we felt it was a good opportunity for us to dredge the waterhole and start over, providing a new refreshment venue for all to enjoy. A week later we started cleaning the waterhole. After a couple of hours of clearing mud, rocks and debris, we stumbled across what turned out to be our lost camera from 2017. The time had not been kind and although it was recognisable, it was clearly past its time. Unfortunately, we couldn’t salvage the storage card given all the mud. We finally had closure and could close this cold case. 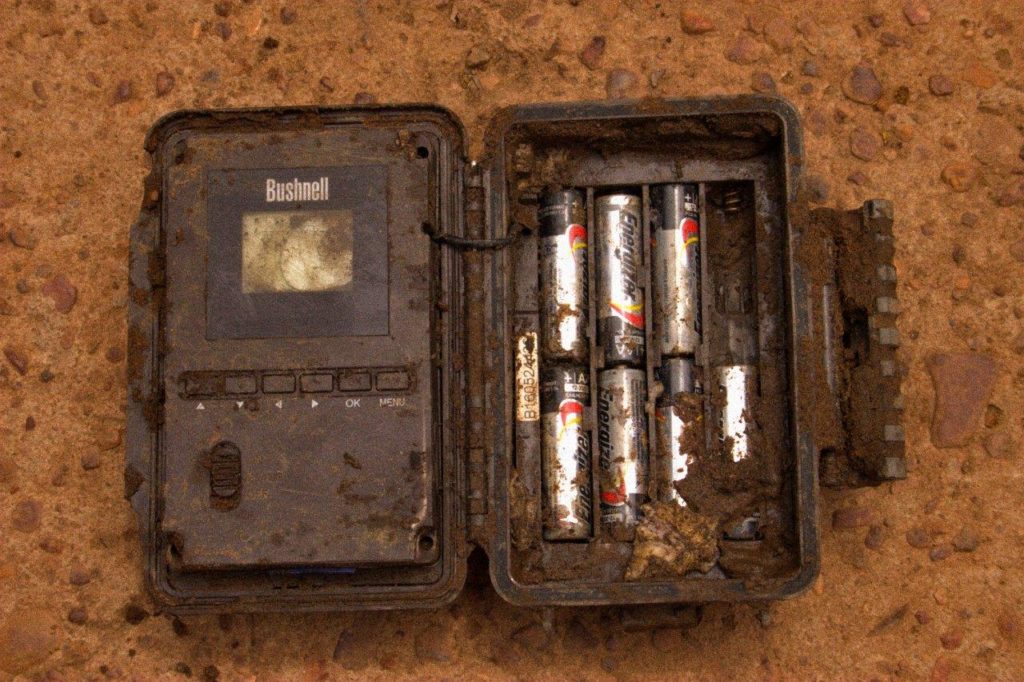 The waterhole continues to be a great source of entertainment, made more special by its patrons. We love capturing the antics on camera, whilst we go about our daily business. From capturing a plethora of game drinking such  as lion, rhino, elephant, buffalo, leopard, kudu, zebra, warthog, giraffe to a young male Chacma Baboon take a selfie, the cameras will always be a part of capturing the spirit of Makweti that we don’t always get to witness first hand. 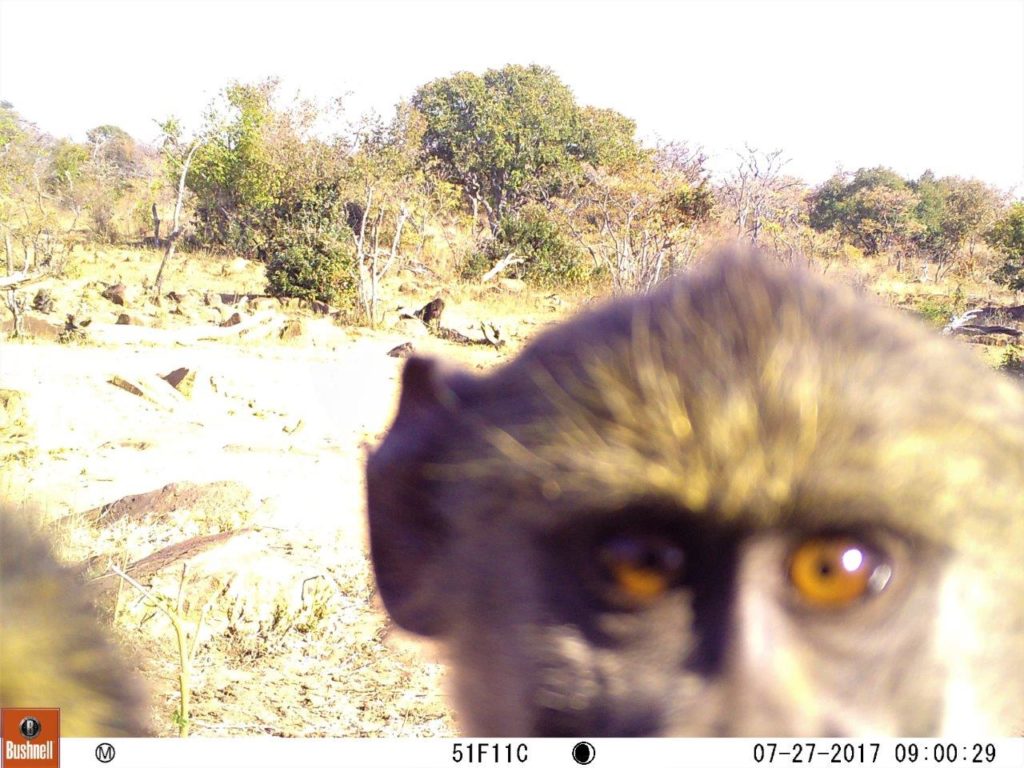