November 7, 2018 By admin Wildlife At Makweti Comments Off

Walking around Makweti Safari Lodge during the day, one cannot miss the activity of the resident colony of little creatures living amongst and around the rocks, rooms and main lodge. This small ‘rodent-like’ animal is the Rock Dassie or Rock Hyrax.

These little mammals are nowhere close to rodents, other than in general appearance and their distant relatives’ evolutionary paths are linked to elephants and dugongs. They are unique little mammals and form the order HYRACOIDEAE within the mammal group. They have complex social structures, unique appearances, efficient daily feeding habits and digestive systems and live in well organised colonies with segregated areas for different daily activities.

The name dassie is widely used in South Africa and is linked to the Dutch word “das” or badger. They were described by early Dutch settlers to be like ‘stone badgers’ hence where the name Rock Dassie emerged. Elsewhere in Africa they are referred to as Hyrax which is linked to their scientific naming. 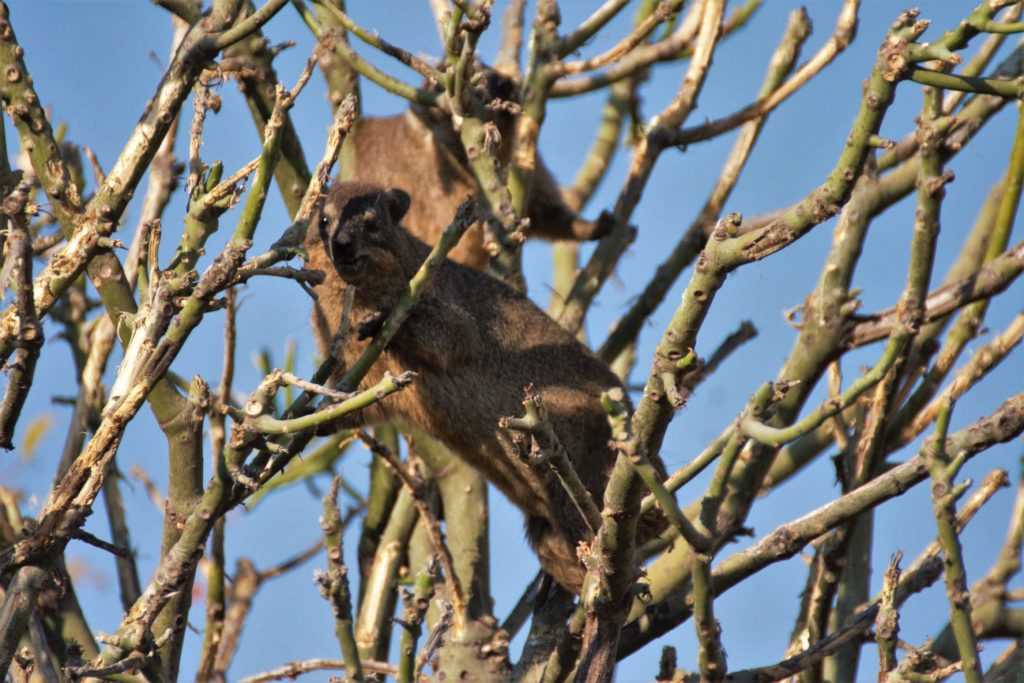 The Rock Dassie sp. was of considerable economic importance to African people. The meat and skins were used extensively, the latter being traded as dried skins or processed into karosses. The nature of the skin and pelage once processed was durable and long-lasting and highly sought after. Early Dutch settlers used dassies for protein and a small colony was introduced onto Robben Island, unsuccessfully due to it being hunted. Jan van Riebeck placed an embargo on the hunting of these animals in 1654, allowing the population to recover.

Some of the more significant physiological and behavioural characteristics of these animals are described below: 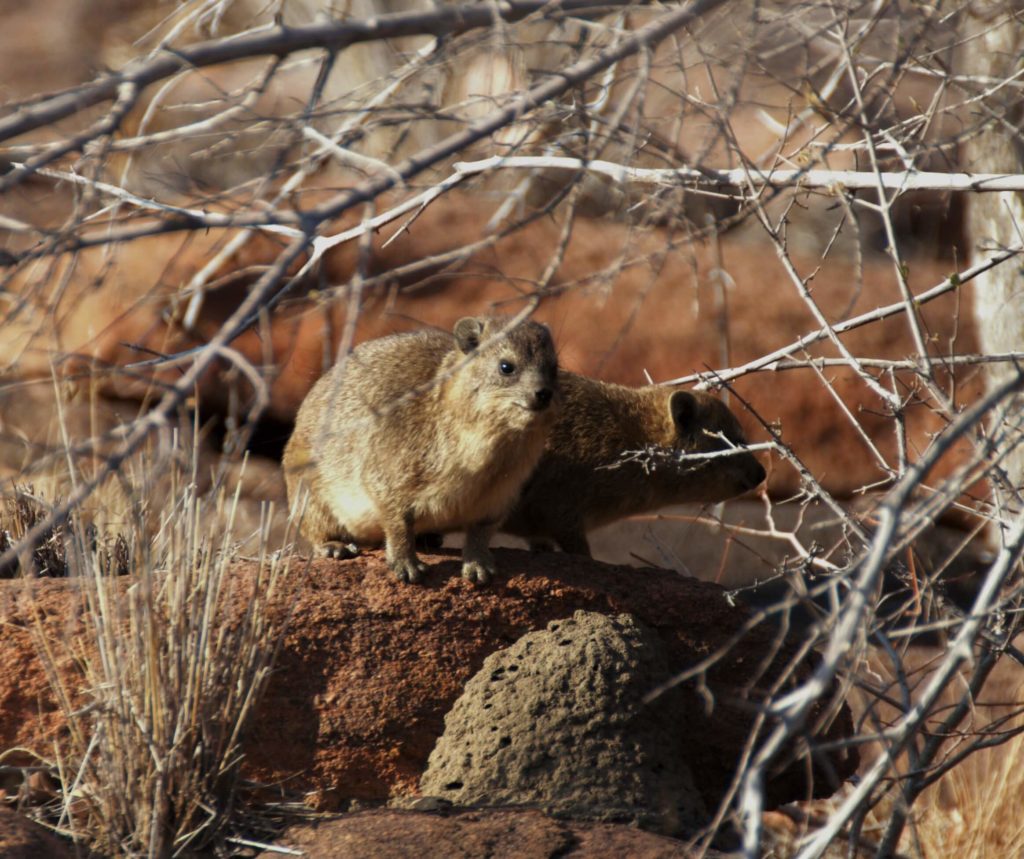 You will often see them just lying in the sun and will spend most of the day simply doing nothing. They will venture into the grass areas around the waterhole to feed and are seen darting for cover when disturbed. You will probably see them on the thatch rooves of the lodge, which make for great sunning while keeping an eye out for predators.

Take a closer look around when you’re next at Makweti Safari Lodge and you will see all kinds of animals busying themselves or simply just relaxing.