April 14, 2020 By admin Wildlife At Makweti Comments Off

With the world at a standstill as we battle through the current pandemic, travel restrictions all over leave us dreaming of our next exotic holiday. Nature, however, continues to take to the skies, and it is quite simply business as usual. It’s that time when the mornings are cooler, rain clouds visit us less often, and the grasses and flowering herbs all stand to attention in full seed, their soft colours of summer starting to fade. Autumn is beckoning. Before we were all ordered to stay put and stop travelling, our feathered colleagues were packing bags, filling gizzards and fattening themselves for their long journey ahead. 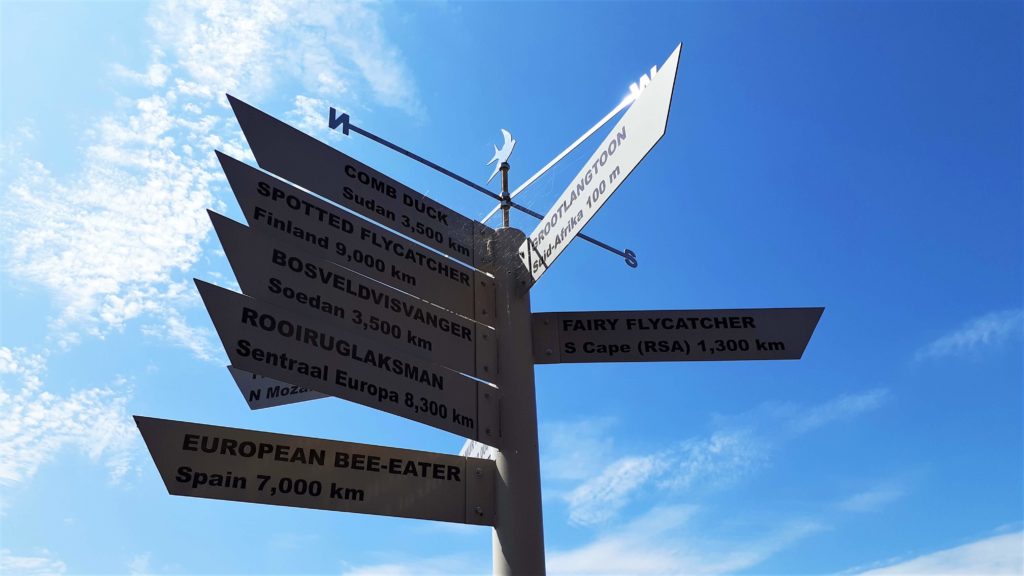 On a recent foray into a well-known wetland reserve about 100km east of us, we came across this signboard that reminded us of the great journeys many of our breeding and non-breeding migrants or summer friends take when the seasons change. In the first week of March, some of these species were already gathering for the journey ahead. 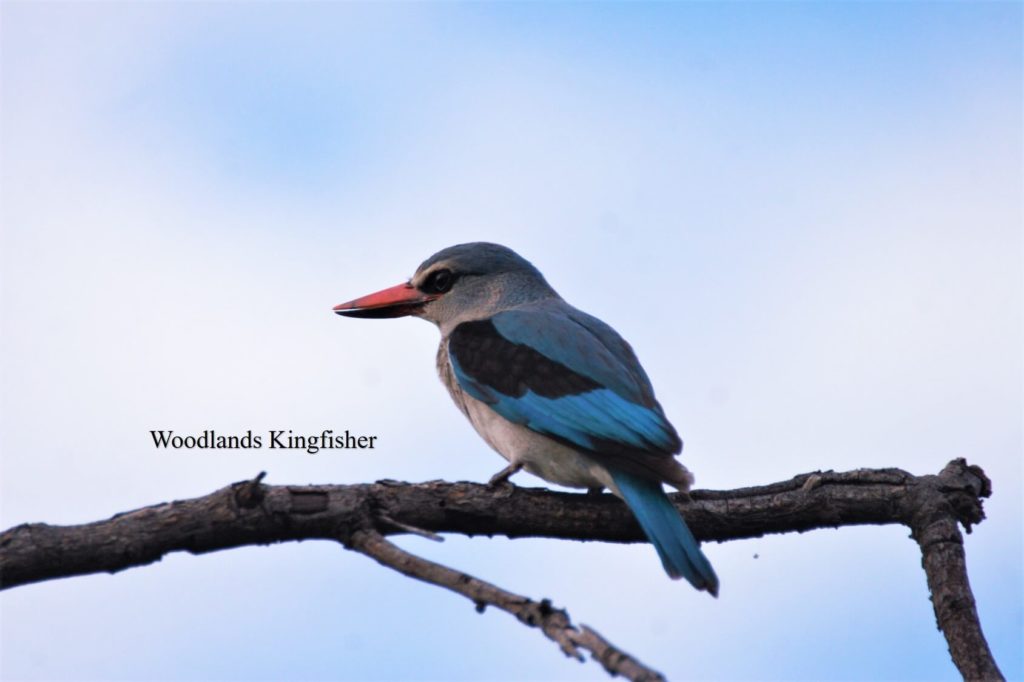 The woodland kingfishers were less vocal, their last brood nearing the stage to take the journey with the adults. The European bee-eaters were gathering in numbers and were seen congregating in the dead trees around Fig Tree plains. They often do pre-migratory trips to higher altitudes foraging for food and acclimatising before their long journey. The time to say goodbye was near! 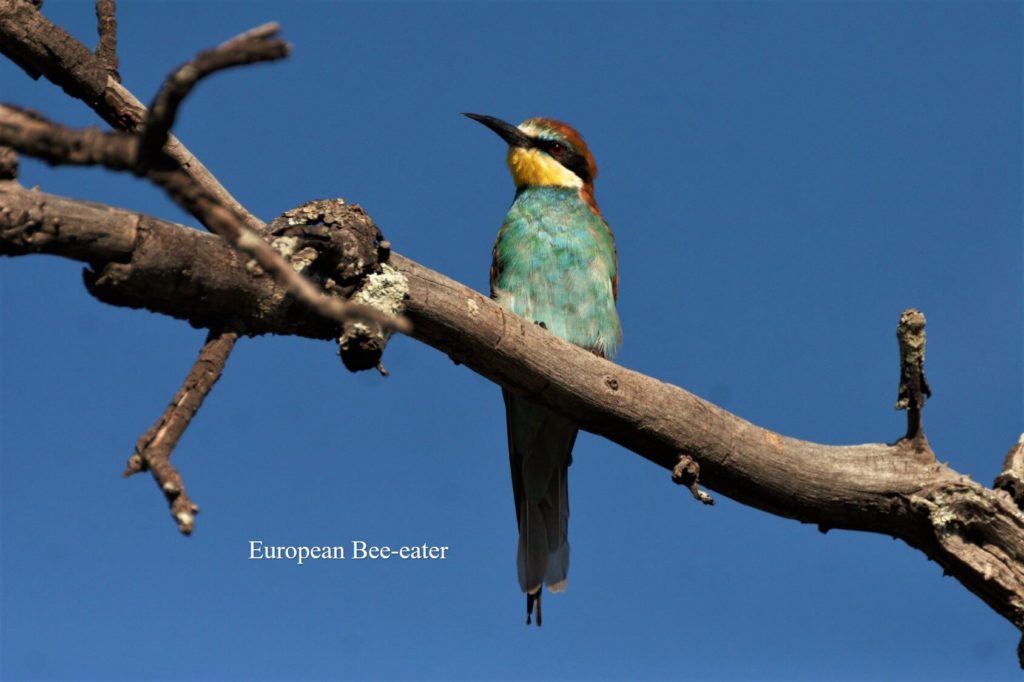 Some species have already moved on north to warmer areas, taking the journey over time. The red-chested cuckoo or “Piet-my-vrou” has been silent for some time and towards the end of February, its characteristic call was missing in the dawn and evening chorus. These intra-African migrants remain silent from February until they travel north. The grey-headed kingfishers who usually arrive quite early, breed, and are among the first to move on have not been seen since early January. Their early arrival and departure may be influenced by rainfall, presence of food in their diet due to rainfall (they are primarily insect eaters in the African kingfisher repertoire, very rarely catching fish or frogs) and availability of nesting sites early in the breeding season. Interesting fact – the kingfishers migrate at night! 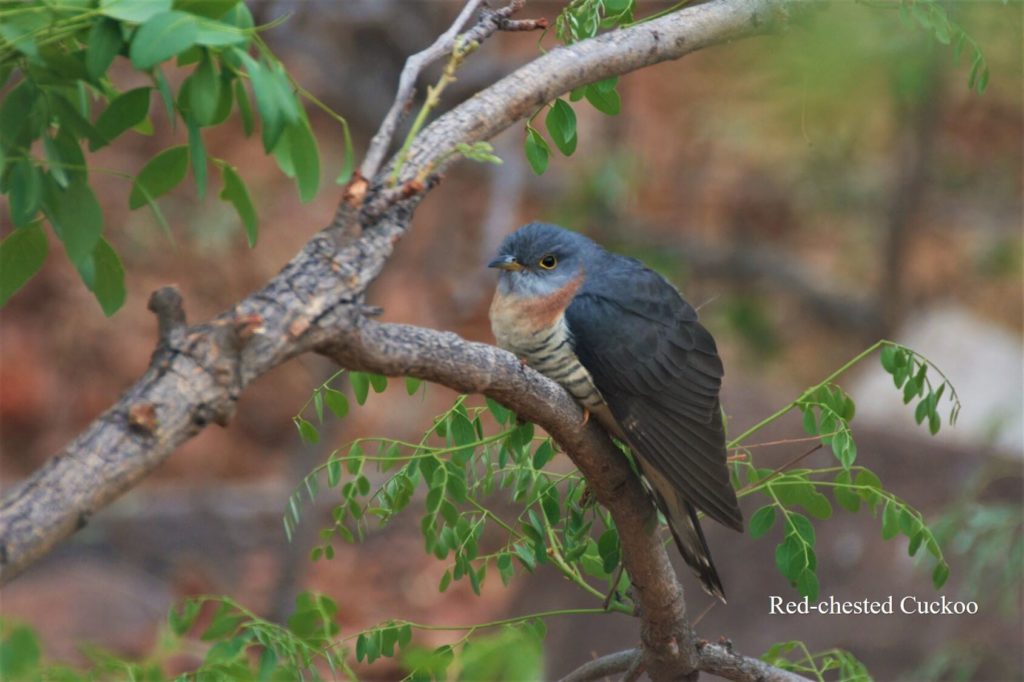 The African paradise flycatchers are still with us. Just yesterday morning whilst having coffee with the sun rising, we heard them busily going on in the syringa trees below the house. They must surely be getting ready for their journey to Mozambique, but perhaps because their travel destination is nearer than most, they leave a little later. 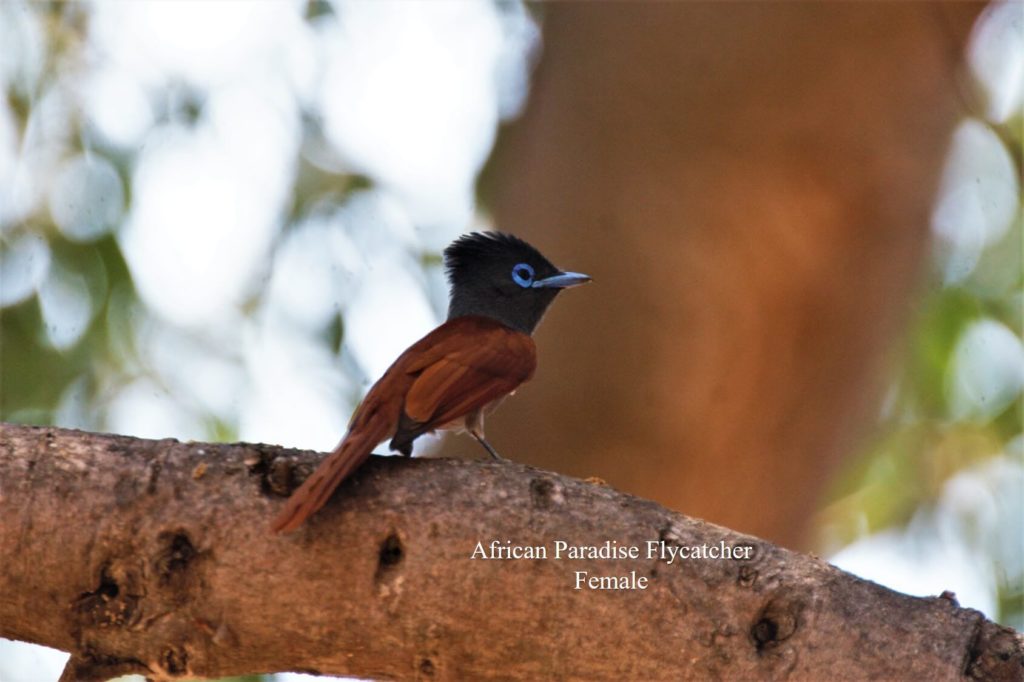 With the cold front approaching this weekend and little prospect of more rain this Summer, perhaps this will spark the bug to travel within them. The latest recorded departure date for them is 14 April. Some individuals will overwinter in Kruger and not make it all the way to Mozambique.

“‘Till we meet again later in the year, travel safely feathered friends!”