June 7, 2018 By admin Wildlife At Makweti Comments Off

As the prime species of the big 5, lions are always high on the ‘must see’ list during any safari or game reserve visit. Fortunately for all Makweti visitors, the Welgevonden Game Reserve is home to a bustling lion population.

Since December 2015, the lion population on the Welgevonden Game Reserve has grown in strength and numbers. For those who have followed news updates from Makweti Safari Lodge over the past three years, you might remember the devastating disease that destroyed all but one of our lions on the reserve in the summer of late 2015. The Canine Distemper Virus (CDV) was contracted by our lion population and despite assistance from experts and authorities in the field, the outbreak was detected too late, resulting in the death of 22 lions. 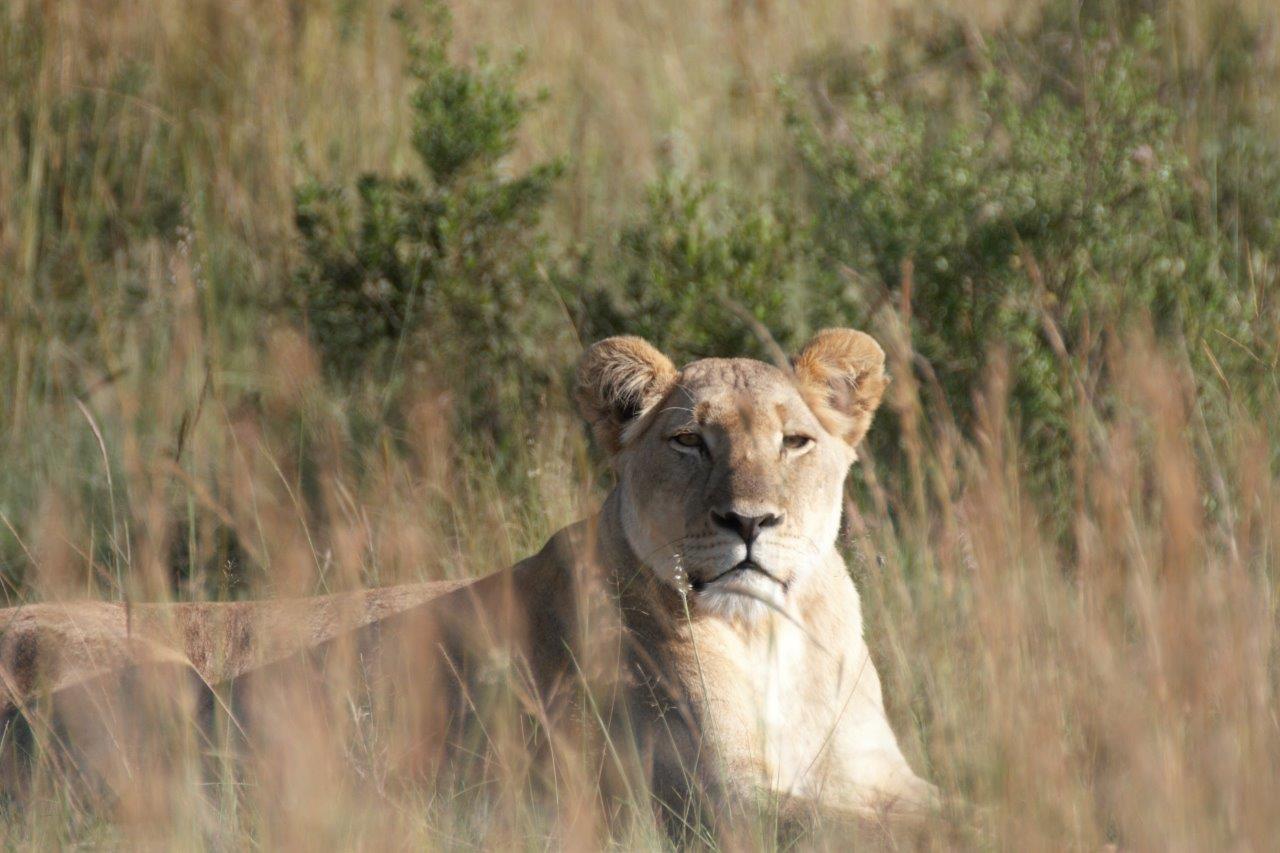 Fortunately the somber mood we were left with was soon to be lifted. With a little bit of intervention, the Welgevonden lion population was soon to be re-established.

How The Lion Population Was Re-Established

To date, the population of lion on the Welgevonden Reserve has been moulded into a well-established group with two distinct prides. Each pride has settled into their respective territories, and the change and development of both has been fascinating to bear witness to.

It all started with the sole surviving lioness from the original population. A male lion from the Tembe Elephant Park in KwaZulu Natal was introduced in late June 2016. 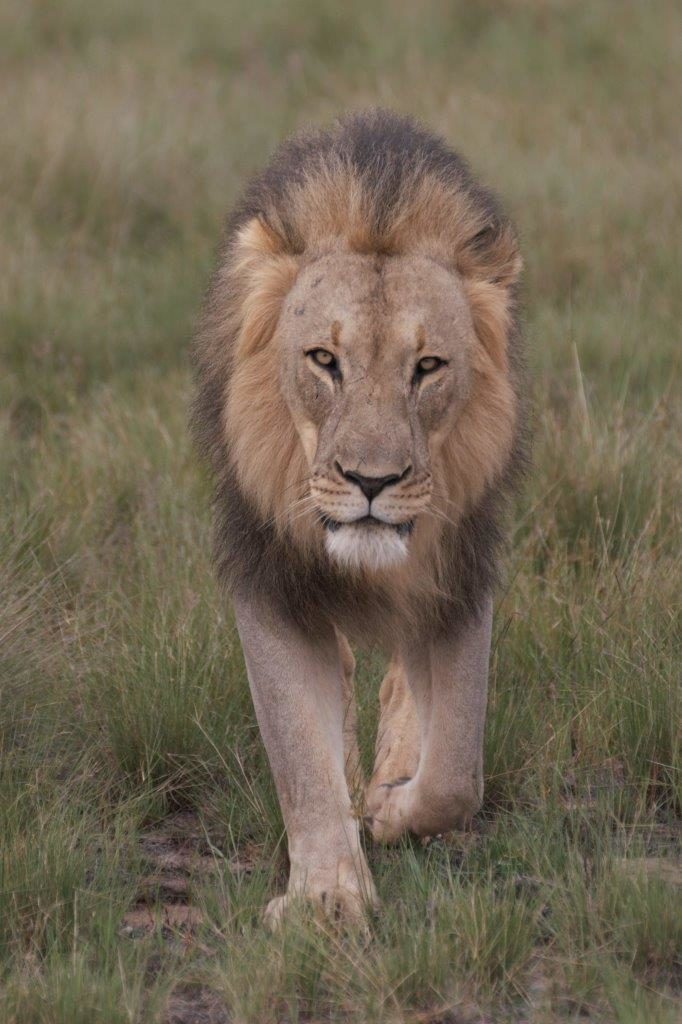 She quickly became accustomed to the presence of this 4-year-old male, who is still referred to as the Tembe male. He didn’t waste any time establishing himself on the Welgevonden Reserve and was quite pleased that he had the entire area under his reign. He was seen mating with the surviving lioness quite regularly and soon became the father of the newest cubs to be born on the reserve. Their cubs – two males and one female – were born around February 2017.

The lioness’s den was located in the valley of the hills to the east of Fig Tree Plains, between the plains and Rhino Dam. Our first sighting of her and her cubs was an early morning in May when she was hunting along the river line near Fig Tree Plains. She managed to catch a young zebra, and within minutes we saw her three beautiful cubs. She spent much of her time raising the cubs in the Rhino Road Valley leading up to Sterkstroom Pan. One evening in July 2017 at around 7pm, she moved her new family into the south and that is what established the Southern Pride of today. Sadly, her two male cubs are no longer with us, but she and her 15-month-old daughter are still spotted in the Southern Plains on a regular basis.

In June 2016, around the same time that the Tembe male was establishing himself on the reserve, a pair of two-year-old lionesses were brought onto Welgevonden from a private reserve in the Northern Cape. They were introduced into a predator boma and given a course of vaccinations against CDV. They were then bonded with a young male lion of about the same age, who was brought in from another reserve in central KwaZulu Natal.

This group of three lions appeared to settle and bond well, so they were released onto the Welgevonden Reserve in late November 2016. Shortly after the release, the young male lion parted ways with the sisters and became nomadic. The sisters quickly did the rounds of the northern and western parts of the reserve and eventually settled in the region surrounding Nkonkoni Plains. They were welcomed by the Tembe male, who was still enjoying his reign of the reserve. They soon became a pride of three and the Tembe male was seen covering both females in early 2017. In July of the same year, the one sister gave birth to two male cubs, born in the ridge line north of Nkonkoni Plains above the Platbos Valley. Some three months later, the second sister gave birth in the same area, to one male and one female. In just under a year, the pride had grown to seven, with the Tembe male as the father and dominant male in the reserve. They have become known as the Western Pride.

The Nomadic Male And Dinokeng Male 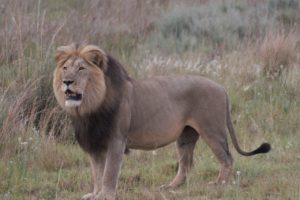 The young, nomadic male is now about four years old and he’s referred to as the Venetian male. He has been seen more regularly and has started becoming more vocal too. This young male is gaining in confidence and has established himself in a small territory that stretches from the east gate to the Eddie Young Plains. We have often heard him roaring in the valleys below the plains whilst we stop for coffee on our morning drives.

In February 2017, a seven-year old adult male lion was also re-introduced onto the reserve. He is known as the Dinokeng male, and was born in Welgevonden Game Reserve and then relocated to the Dinokeng Reserve in Gauteng when he was 2 years old. This male didn’t take long to settle himself again, claiming the southern parts of the reserve for his own, displacing the Tembe male from this area at the same time. To our surprise he adopted the surviving lioness and her cub from the Southern Pride and quickly established himself as their dominant male. The Sterkstroom River Valley has become the boundary between these dominant males, and both the Dinokeng and the Tembe male’s tracks are often seen in this area as they patrol this contested border.

All lion information and photographs supplied by Neil Davison. 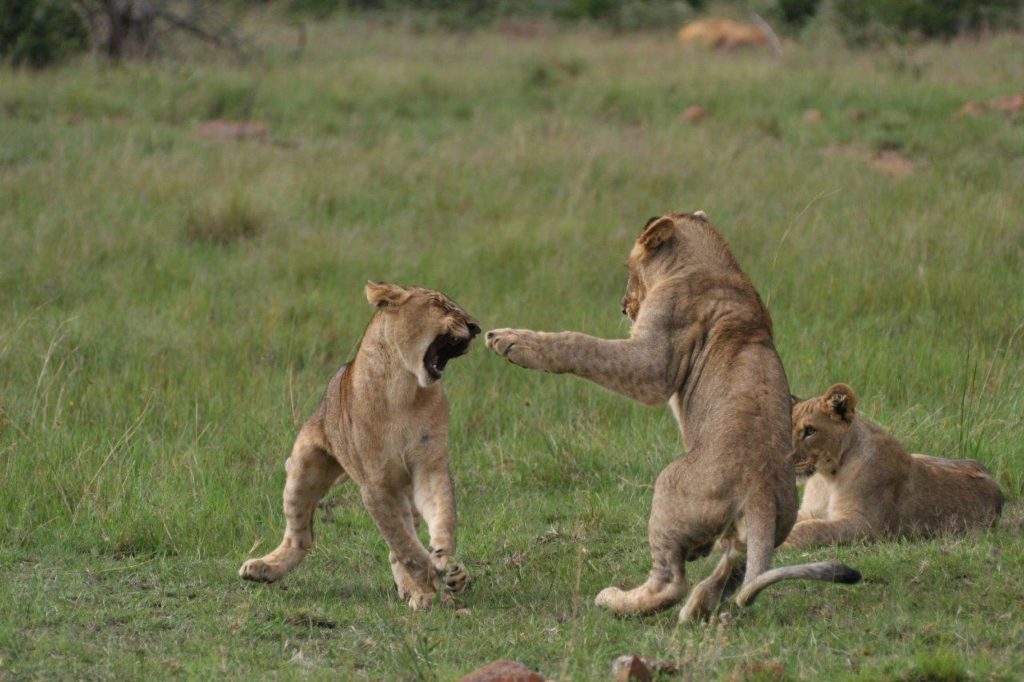