September 22, 2021 By Leo van Zyl Wildlife At Makweti Comments Off

Conservation is an emotional sport. You win some, you lose some but you cannot give up the game. It’s not a professional sport at that, there is certainly very little funding available for the incumbent players and most go unnoticed, the mere minnows that are overshadowed by the big names.

It makes for a fantastic spectator sport, but there are few fans.  Little is known by the masses of the teams, the players and no doubt the rules. It is a complex sport.

The coaches, or the Conservation teams who work to ensure the well being of the players and the sport.  The Players, the myriad of species who are involved in the game and who rely on the coaches for their wellbeing.  The fans, the public, YOU, those who enjoy, support, and create awareness and who blow your vuvuzelas to celebrate the vibrancy of every living species.  Then there are the bookies, who are the illegal hunters, the wildlife traffickers and those who continue to exploit the game and the players and who flout the rules for their own benefits and of course financial gain.

It is World Rhino Day, and we are celebrating the immense efforts done by Conservation teams around the world who dedicate their time and efforts to conserving those large lumbering species across the globe. 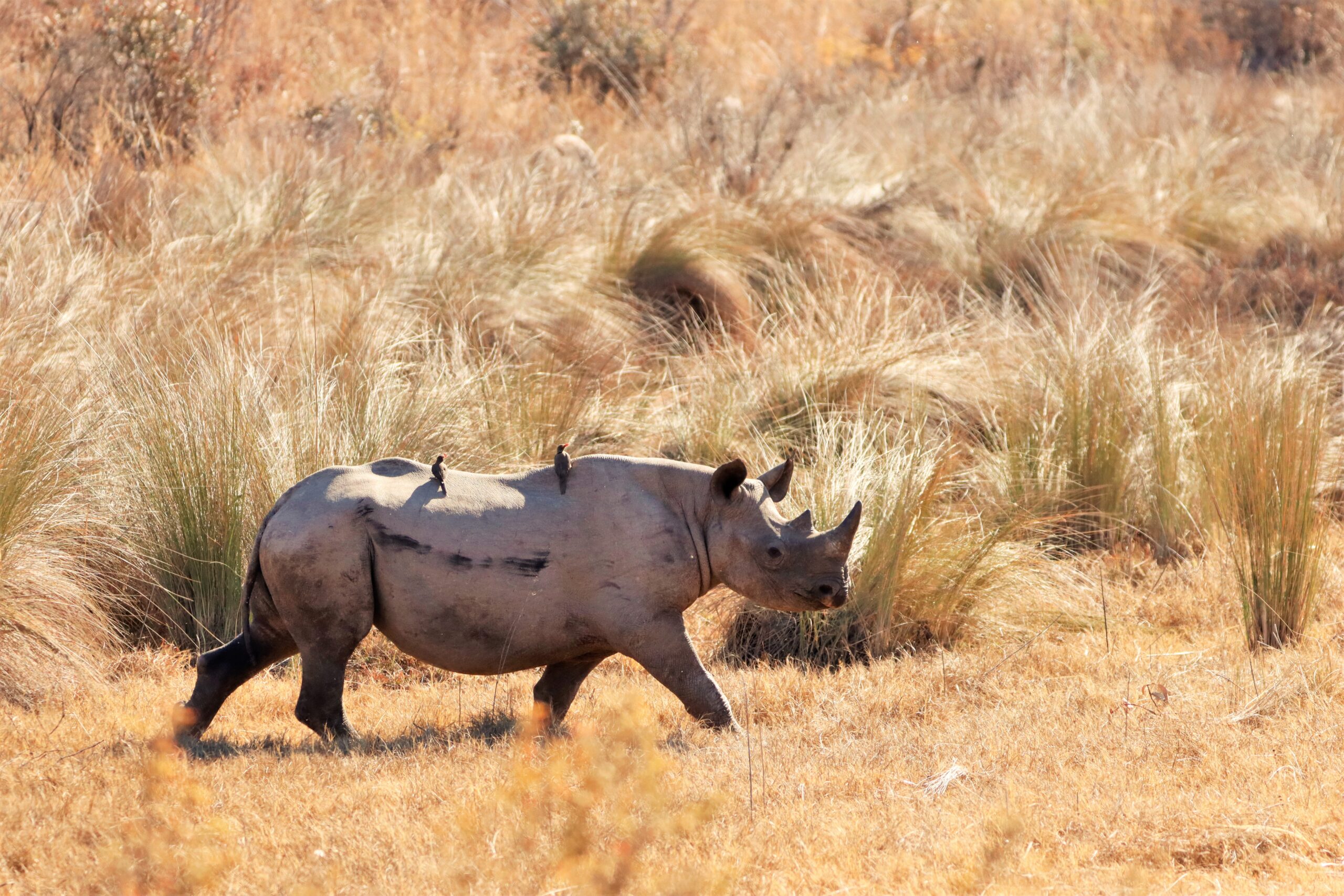 In Africa, particularly southern Africa, there is much information available on the statistics of rhino numbers, species, poaching incidences etc. etc., you just have to look for it.  The numbers are depressing and as humans we tend to ignore the fact and try to explain our consciences out of a problem through interpreting the numbers as we prefer.

The year 2014, and 1215 rhino are reported poached in that year.  We could easily add 15% to this number, if we consider the number of calves lost to pregnant females or calves too young for independence who would have died as a result of their mothers’ untimely death at the hands of humans. This is a number I believe could be far greater, as much as 30%.  We lost a rhino every seven hours that year.

Consider this. The Kruger National Park, arguably the last stronghold for the southern White Rhino species, thought to be home to around 17, 000 white rhino.  This was believed to be close to 70% of the remaining world population. A census on White Rhino numbers in that same year, 2019, revealed that an estimate of 3,800 White Rhino called the Kruger National Park ‘home’.  That’s a gross overestimate of the original number by 447%!   So, what are we doing right?

The first record of a poached rhino (a rhino that has been killed without licence or permit), dates back 709,000 years.  In Indonesia, the fossilised remains of a butchered rhino, believed to have been illegally hunted is located in 2018.  So much has progressed, developed, been learnt, been challenged in this time period and yet we are still not winning the game.  Improvements are relative, success is relative, winning is imperative.

The numbers are alarming.  They must alarm us.  The truth hurts, and we need to understand that.   Think that in every female rhino lost to poaching, along with her calf, we have lost the ability to grow those numbers.  If an adult female rhino can potentially produce and successfully raise up to eight offspring in her lifetime, with every female lost, we have lost eight to the next generations and then more.

All is not lost, far from in fact. The teams on the ground are doing phenomenal work to curb the plight highlighted above.  The efforts must be considered successful, and a thought process of ‘how much worse would it be without them’ must be adopted.

Rhinos have been around for millions of years and play a crucial role in their ecosystem. They are important grazers (predominantly eating grass), and consume and process large amounts of vegetation, which helps shape the African landscape. This benefits other animals and keeps a healthy balance within the ecosystem.

Thank you!  To everyone who has contributed to, continues to contribute to the survival and now revival of these species.   Thank you to the teams on this Reserve, the sponsors and supporters and to everyone who has played a role, regardless of the size.   Thank you to the dedicated dogs on the ground who form part of our incredible anti-poaching unit.  Thank you to all of you who have read this and now hopefully can do your part by simply informing family, friends and colleagues of the need to be aware of the importance in celebrating these and all incredible species.   Its time to play the game, get things into perspective. 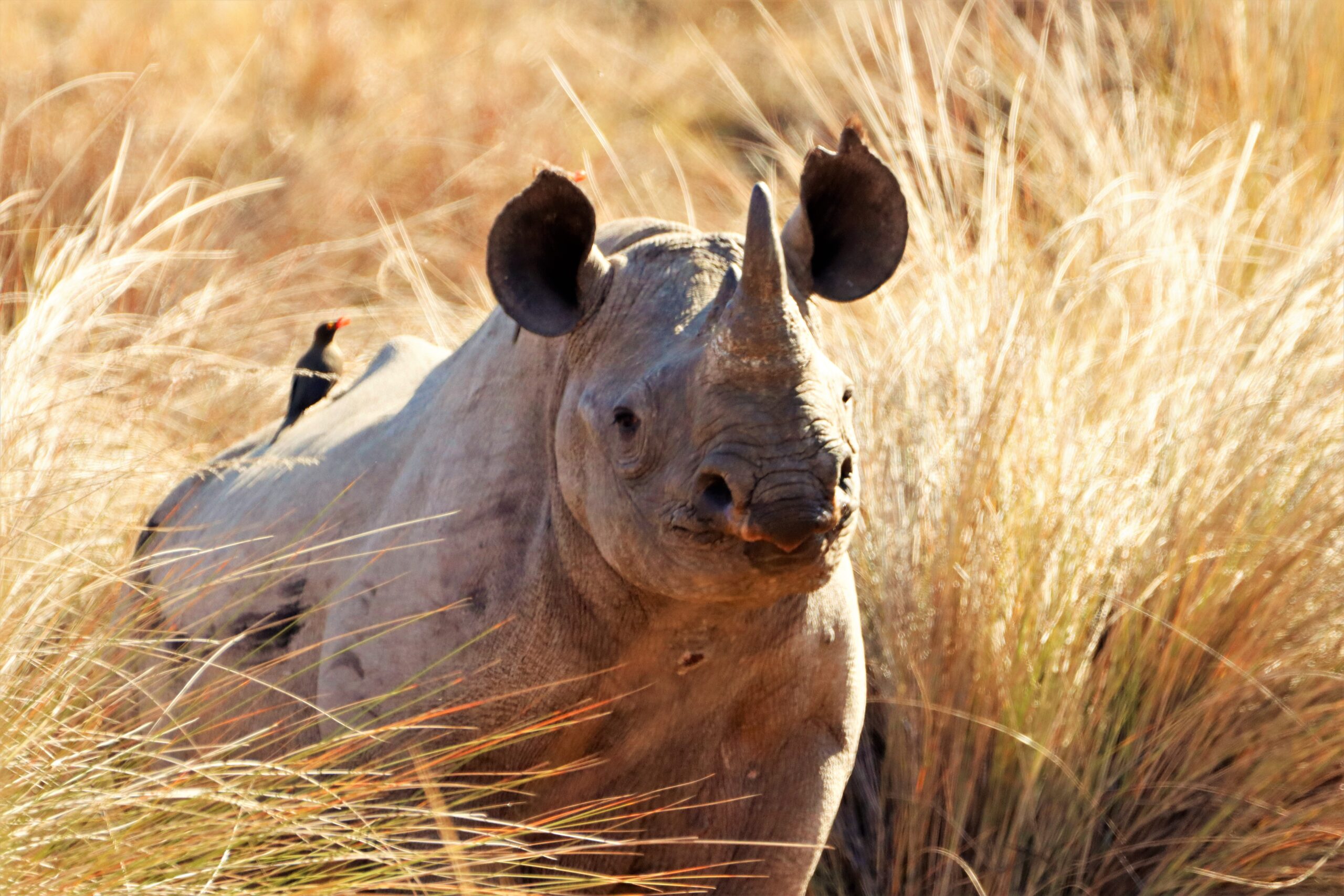