September 5, 2017 By admin Experience Comments Off

This adult male Cheetah has been regularly seen in the Southern Plains, which recently burnt in a wild fire.

This area is predominantly grassland and adds a different dimension to the Reserve which is made up mostly of Broadleaf Savannah Woodland.

He was lying in a sheltered rocky ridge close to the road, which gave him a suitable vantage point from which to survey for potential prey.

The recent burn has already provided a nourishing green flush of grass regrowth. This in turn provides welcome grazing for a variety of species as we near the end of Winter.

Blue Wildebeest, Warthog, Burchell Zebra and Red Hartebeest frequent this area to which the predators are subsequently drawn.

Although he was not actively hunting this morning, he was reported to have caught a young Red Hartebeest later in the day.

Grass growing immediately after a fire typically has an above-average Nitrogen content and primary production in the first season after burning is typically enhanced.  This readily available organic Nitrogen is important for grazers and their daily dietary intake.   Fires in Savanna are main agents which directly control the balance of trees and grass and form a vital part of the successful functioning of these systems. 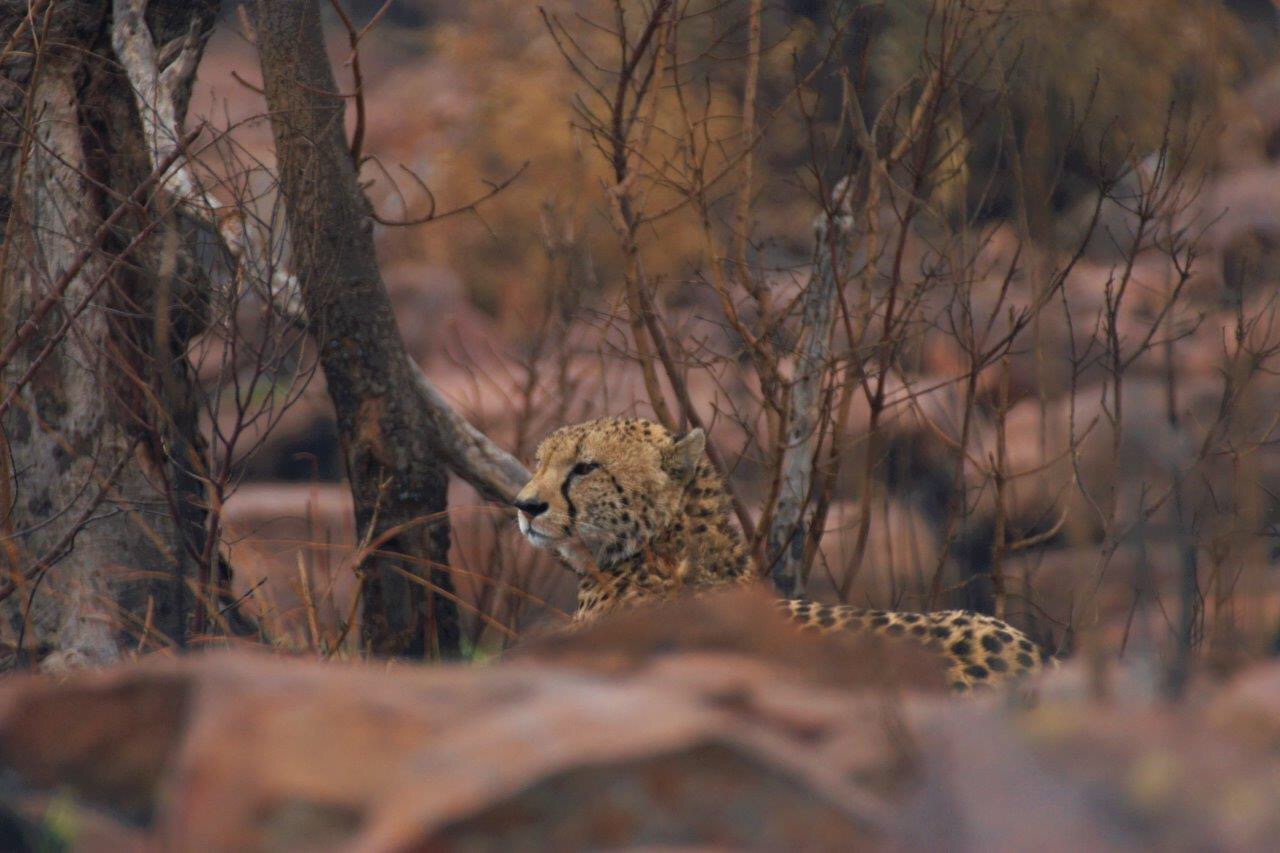 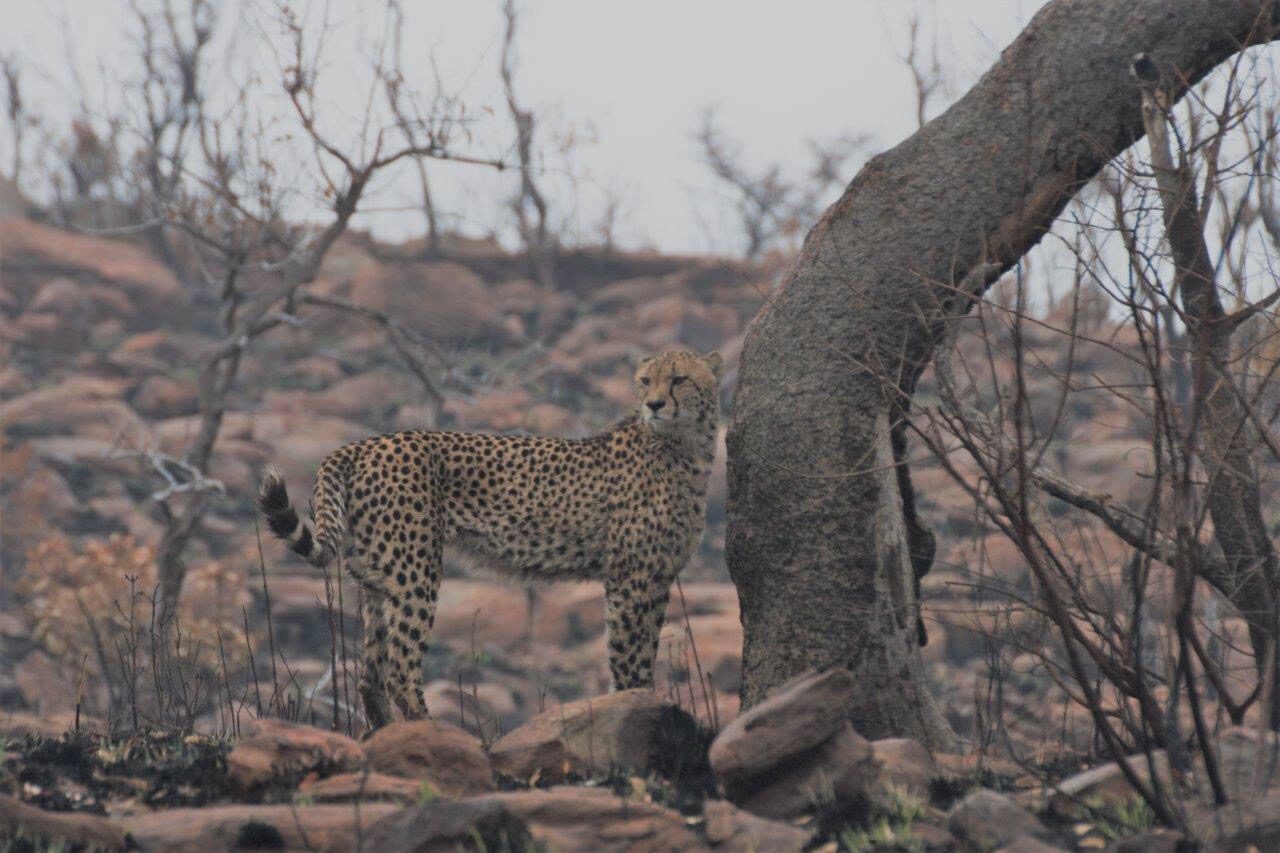