Lion and buffalo showdown at Makweti

September 21, 2016 By admin Experience Comments Off

One of Africa’s big cats, the lion, is often thought of as a ferocious beast who conquers all. But no other herbivore rivals the buffalo with its brute force, fending off attacks from lions.

Makweti’s Gary Parker and guests were tracking lion when they spotted a buffalo bull resting next to Lily Dam road.

“We noticed lion tracks heading back in the direction of the buffalo,” Gary said. “We turned around and waited on the trajectory of the lion tracks. Suddenly the male lion appeared; walking in the direction of where we had seen the buffalo. It first appeared as though the bull had moved off , when suddenly he burst out of the reeds, surprising human and lion alike! The lion chose to flee the scene, with the bull close on his tail.”

Gary captured the last moments with this photograph. 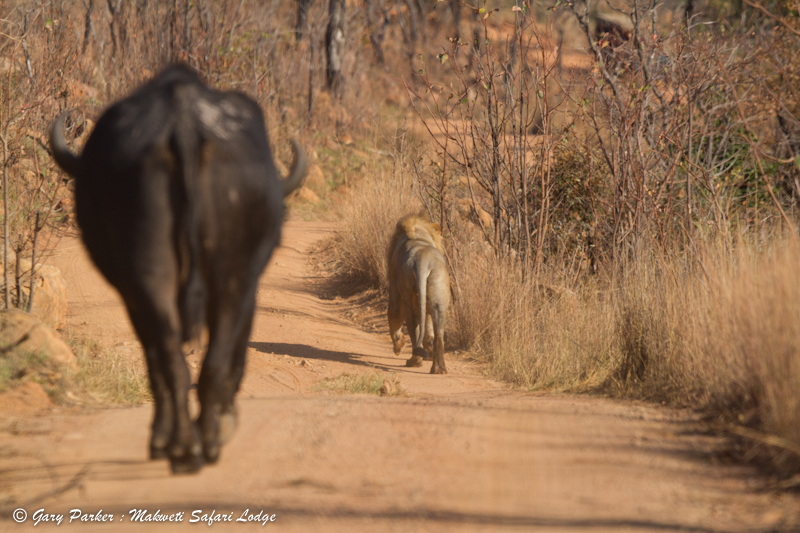 Sounds like the buffalo was just warning the lion of his power as both went on their separate ways, but we are sure to witness a rematch soon.