November 20, 2017 By admin Experience Comments Off

It’s a boy, and he belongs to a very proud pair of Vervet monkey parents at Makweti Safari Lodge.

The baby Vervet monkey, known as a ‘pinkface’ at birth when the species are pink in the face, spent much of its first weeks clinging to his mother’s stomach, and is now moving about on his own and attempting to play with other young monkeys – and not the not so young, which can lead to threats of dominance from adult males within the troop.

They only acquire adult colouration after three months of age.

Vervet monkeys are seasonal breeders and mate during April and June, depending on with geographical location. Gestation is between 163 and 165 days, and offspring are born after the rainy season, when food is plentiful. Females are sexually mature at four years and give birth for the first time around the age of five, suckling their young for between four to 12 months. Vervet monkeys are medium-sized primates, highly social and live in groups of up to 50 individuals. Within a troop, adult males form a dominance hierarchy that is established and maintained by threat and aggression. Facial expressions, using the eye lids, and body postures are used to communicate threats or aggressive behaviour. At sexual maturity, young males tend to migrate between groups – usually in the company of a sibling or peer. In contrast, the females know their place and remain in their natal groups where they form strong hierarchies based on maternal social status. But it’s not all easy-going between the ladies – Vervet mothers are extremely protective of their young, and some will not even allow other adult females to hold or carry them.

Vervet monkeys are largely vegetarian and are common in savannah and woodland that have access to water and trees for cover. 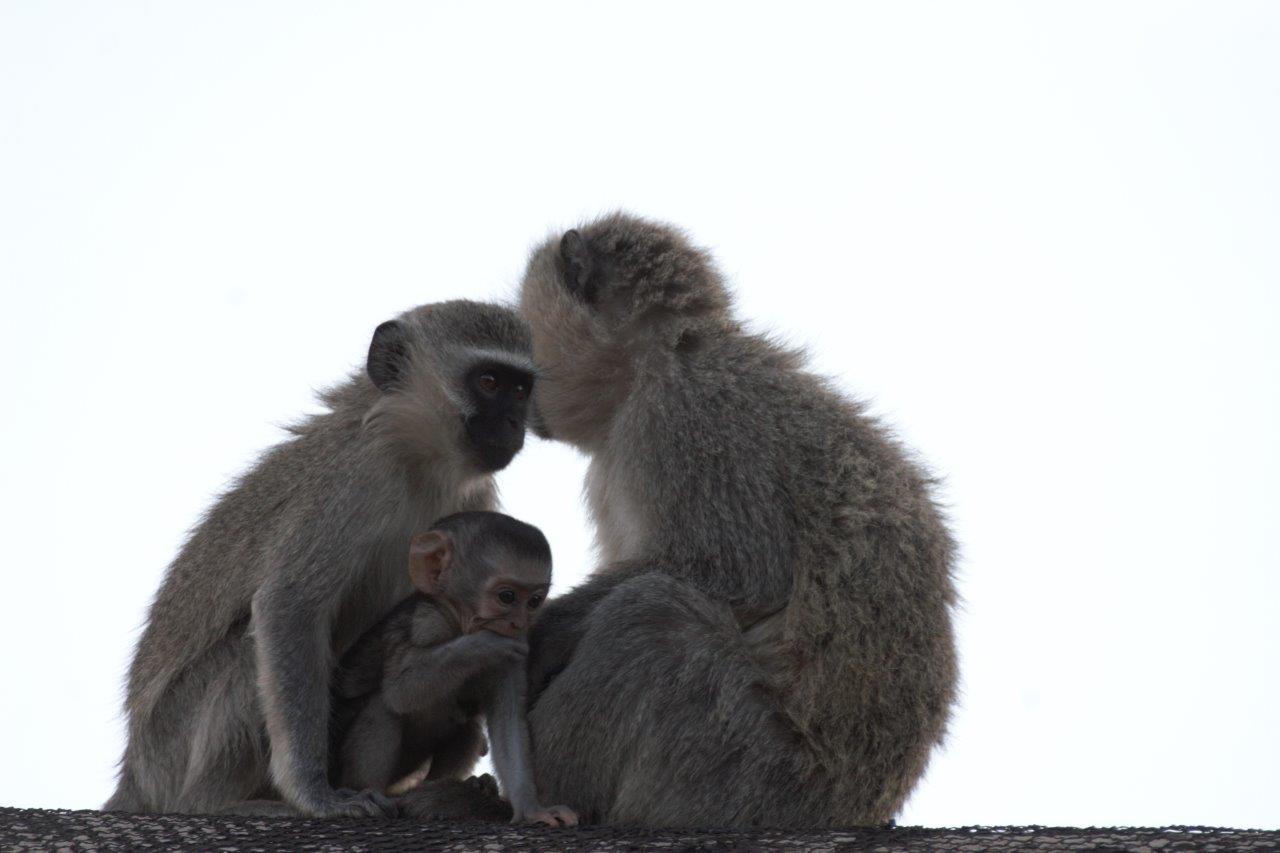