It is easy to forget that while humans are active during the day, there are millions of species which choose the night hours to get moving.

Makweti has a trip camera to record animal visits to the waterhole which has captured many fascinating highlights after the sun goes down, including lion, aardvark, African civet and brown hyena antics. 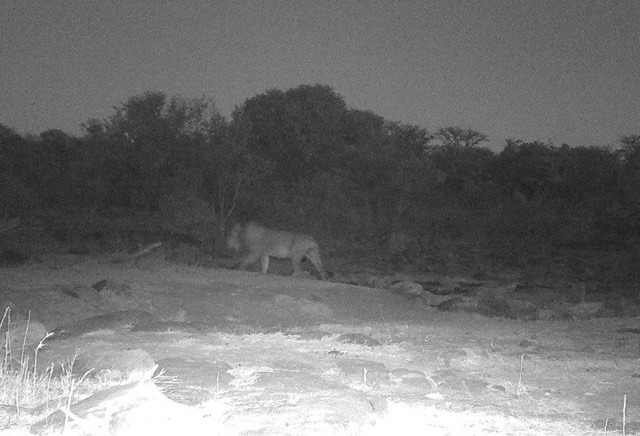 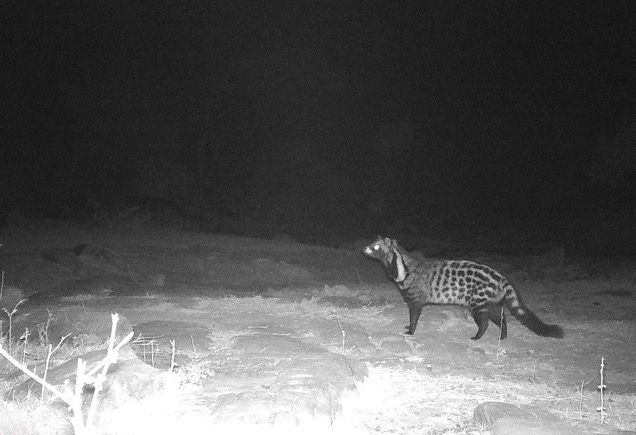 The aardvark, an unusual visitor to Makweti’s waterhole, is a medium-sized, burrowing, mammal native to Africa which feeds on insects, worms, and other invertebrates. The African civet is a regular in camp and is seen most nights. They feed predominantly on nocturnal invertebrates, such as millipedes, and can be seen foraging in camp for any food they may find. The camera also regularly captures him squabbling with large spotted genets, a fellow camp regular. 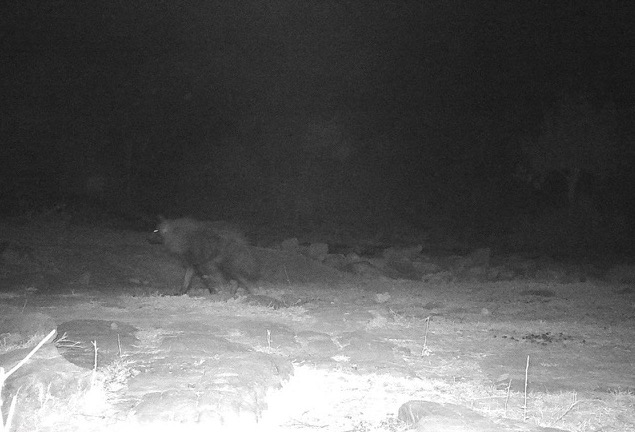 The brown hyena was seen the early afternoon on the same night that this picture was taken, moving through the camp past room three. The vervet monkey troop was alerted to his presence, sending the nearby staff into a commotion, although brown hyena are harmless to humans. And if not captured by camera, we note an animals presence by tracks, such as the ones pictured below, which are from a lioness walking through the reception area at night. 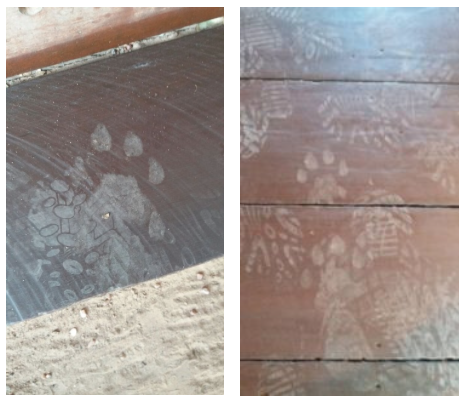 However, the camera has not always been safe from the animals we are wanting to observe.

Guests watching a herd of elephant drinking at the waterhole noticed a young bull playing with what looked like a strip of bark, but soon realised it was the strap for the trip camera, strapped to a metal rod near the waterhole. The spirited young ellie had pushed the rod over and pulled the camera off, snapping the strap in half. He then picked up the camera and put it into his mouth before dropping it. After kicking it around, he lost interest and left it for the Makweti team to recover soon afterwards. This particular camera uses Black LED to illuminate objects moving in its view and releases a very faint red light, which is what we believe trigged the elephant’s curiosity. Warthog have also tried to bite the camera, but fortunately the protective housing has saved it – and the animal – from any damage! We look forward to seeing what else we capture in the future, including more elusive animals such as leopard.