Just Ask Us! Do wild animals get tick bite fever like humans and domestic animals do?

March 11, 2022 By Leo van Zyl Wildlife At Makweti Comments Off

Thank you for the question.  It’s a very relevant question for a number of reasons and one not easily answered in a short response.   There is so much we don’t know about tick borne diseases (TBD’s), and yet there is a ton of information on this as well.

The short answer is “yes”, in some ways they do, yet they suffer and can suffer from a number of diseases carried by ticks.  The real answer however lies within the vectors that transmit these diseases, the tick.   Without getting into a medical and veterinary debate, I have attempted to keep my response simplified for all, including me, to understand this better, and the way ticks and the pathogens they carry, impact wildlife, livestock, and humans alike.

Globally, ticks are considered to be the most important disease vectors for wildlife, and domestic animals and are second only to mosquitoes among vectors affecting humans.   Different haemoparasites (parasites that live within the host’s blood stream, which can include bacteria and viruses) are carried by different hosts, and different ticks carry a number of different haemoparasites, at the same time.

The hard ticks, or three host ticks are very common as vectors for a number of these diseases.   Each stage within the tick’s life cycle has a different set of hosts and so the larvae, nymphs and adults do not compete for hosts on which they parasitise, hence their name three host tick.   The larval and nymph stages of the ticks’ lifecycle are where most diseases are carried and passed on between their hosts.   The tick larvae are often referred to as ‘pepper ticks’ as they are tough to spot.

Humans are accidental hosts in any of the three stages of the ticks’ lifecycle, and for the diseases they pass on we are a dead-end host.

Understanding the lifecycle of these ticks, gives a better insight into how they serve as efficient vectors for various pathogens to various and numerous animals, including humans.

The female ticks leave their host animal to lay their eggs in early autumn.   The eggs hatch into larvae and overwinter as larva.  Early spring, they attach themselves to the first host, usually a small mammal like rodents or ground birds.  Late in summer the engorged larvae leave their host and transform into the nymphs by autumn, again to spend winter in the now nymphal stage.   At the start of spring, the nymphs seek out a suitable second host on which to feed.  These are usually small mammals, such as rodents, and lagomorphs (Rabbits and Hares), or ground birds.  At the end of the summer, the engorged nymphs leave their hosts to develop into an adult, again overwintering in their new developed stage.   Early spring of the third year of the ticks’ lifecycle, the adults seek out their third host in the cycle, which is usually the larger herbivores, including most livestock and wildlife, as well as carnivores, bats, reptiles, and birds.   Adult female ticks can reattach themselves to feed on a new host multiple times and need not be the same host individual or species.  Humans as hosts, fit into all three stages of the lifecycle, exposing us to various haemoparasites that the various tick stages have come into contact with, and now carry. 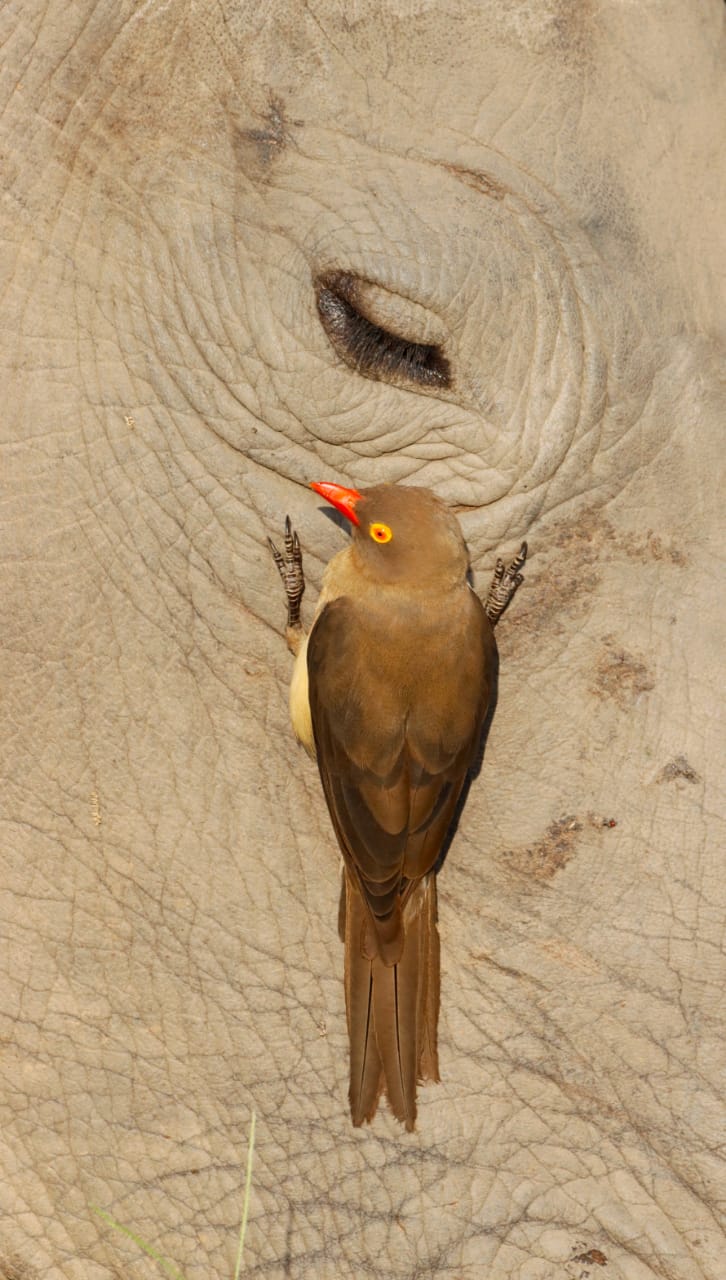 Understanding the role that various hosts play for the ticks in the different stages of development, highlights clearly how TBD’s can easily be transmitted between hosts.

Of these haemoparasites, there are a number of groups that cause illness in the various hosts.   These parasites are host specific in many cases, and so cause diseases in some species but not in others.   African Tick bite fever in humans for instance, is a disease caused by the group of bacteria known as Rickettsia.   These don’t necessarily cause the same or any illness in other hosts.  Biliary in domestic dogs is caused by a group of bacteria known as Babesia, similar symptoms to African Tick Bite fever for humans but very different.

It is reported that wildlife can contribute to TBD’s by serving as a source and a maintenance host for pathogens that cause disease in livestock.   For example, the African or Cape Buffalo Syncerus caffer is the natural reservoir host of a pathogen causing East Coast Fever and also Corridor Disease.   Other TBDs of particular veterinary importance such as those causing Babesios (such as biliary in dogs) and Ehrlichia, known as Heartwater which affects wildlife such as springbok and other antelope, are also known to be found in Buffalo.   The Buffalo does not show clinical disease following infection with these TBD’s but as reservoir hosts, they transmit these TBD pathogens to cattle when both species share infected ticks during interaction.

On the other hand, it has been reported that domestic livestock play a role in facilitating the spread of TBD pathogens, among wild populations of ungulates.

In a study conducted in Kwa-Zulu Natal on Nyala, a number of haemoparasites of the genus Theileria, (such as East Coast Fever) and Anaplasma (causing anaplasmosis, commonly causing yellow bag or yellow fever,  but not related to yellow fever caused by virus carrying mosquitoes) were found in the blood samples taken, where the Nyala carrying these pathogens again showed no signs of clinical disease.   Again, as with the Buffalo scenario, these animals serve as maintenance reservoirs and intermediary hosts for these diseases.

In a similar study conducted in the northern Cape on common Tsessebe antelope, a number of haemoparasites of the genus Theileria were also found, with the animals showing no signs of ill effect.

Where host individuals carrying these pathogens could suffer, would be as a result of environmental stress factors.   Old or young animals could suffer from the diseases they carry.  During drought or periods of food scarcity, immunity is compromised and could cause these pathogens to impact the animal’s health.  Moving animals around between areas, individuals have no immunity to different pathogen strains, which could compromise their health.

There is much we don’t know about these pathogens and how they affect wildlife, livestock and pose a risk to public health.  It is clear though, that the ticks are main link in this chain, and regardless of the many haemoparasites they carry and distribute, we are all at some point in risk of infection.  Best to avoid them at all costs.

Ticks are resilient and as in the image of the Burchell’s Zebra eye, a group of hard ticks can be seen latched to the eyelid, amongst the lashes.   The zebra would struggle to remove these by rubbing its eyes or scratching its face on a branch or tree or similar, and in doing so would run the risk of attracting more ticks.   Without the Oxpeckers at hand, many animals would be infested with ticks and be at risk of falling ill, when conditions are less favourable.

I hope this answers the question.