Why do some Kudu bulls and Buffalo have mud on their horns?

December 31, 2021 By Leo van Zyl Wildlife At Makweti Comments Off

The kudu male, a wily creature with superb bushcraft, is usually shy and retreating to the point he and his kind have been called “the grey ghosts of Africa”. They seem to quite literally melt away when disturbed, leaving one with the question: “Was he actually there?” Indeed, their coloration lends them the most effective camouflage.

This all changes when competing for females – even the craftiest bull seems to lose his marbles when the smell of estrogen reaches him! They are sometimes seen thrashing their horns through mud and bushes. This proves the convers of their usual nature, making them highly visible and demonstrating their status to each other and the females. The action advertises their presence as opposed to hiding it, with the most active mud/bush thrasher becoming the catch of the day (in more ways than one – I’d not be surprised if more kudu bulls were taken by lions during mating season!).

Although the buffalo’s social structure is somewhat different to that of the kudu, the action of thrashing their horns through bushes or mud amounts to the same thing while competing for a place in their hierarchy. It is a declaration of status and should be considered the delivery of a threat.

Especially older male buffalo, like some other sparsely haired animals, also enjoy mud bathing. This is a means of cooling themselves, the mud offers protection from the sun, and it gets rid of parasites. Bathing animals will often stir up mud with their hooves, snouts or, in the case of buffalo, their horns. 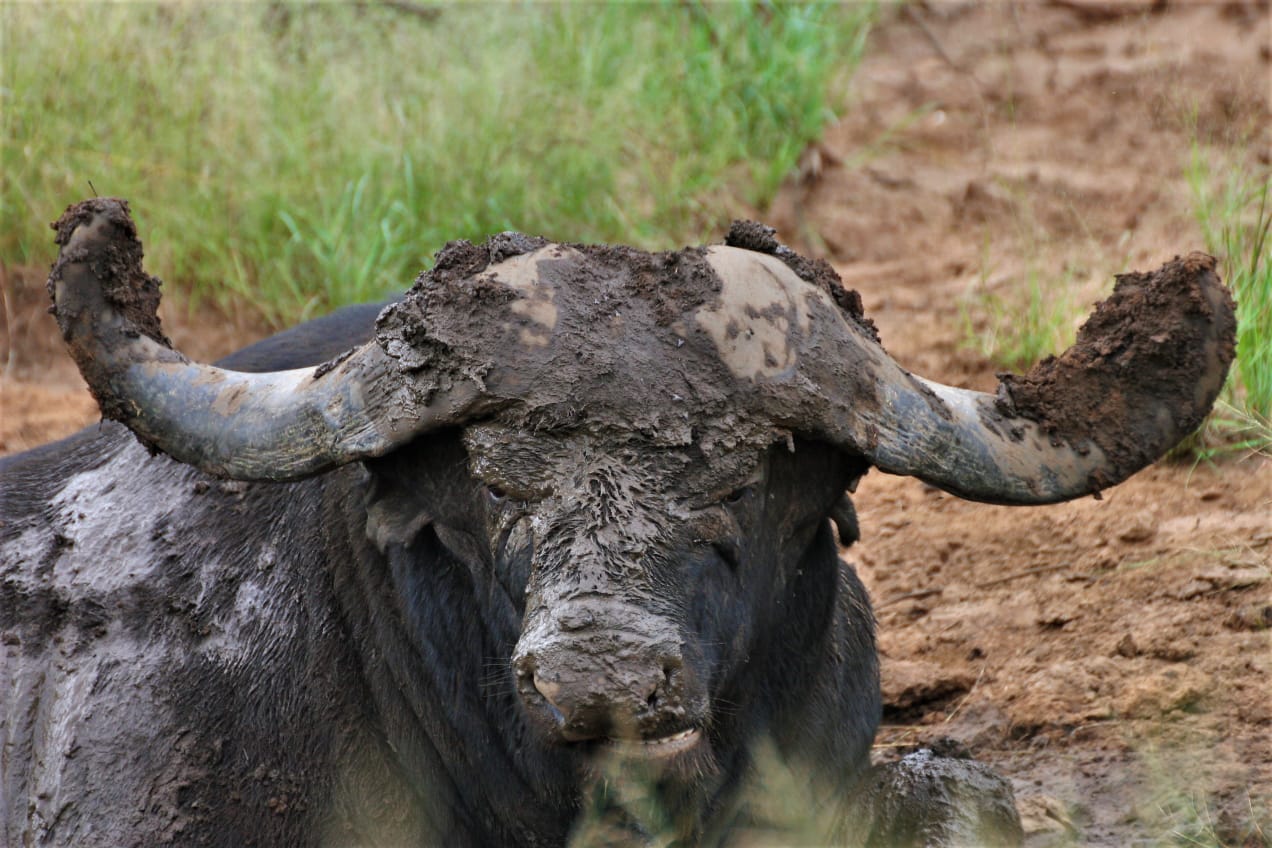